This is the Trail by Fire.

The atmosphere that allows our planet to sustain life formed from gases emitted by volcanoes early in Earth’s history. These volatile elements are constantly recycled back into the deep Earth at subduction zones, where tectonic plates sink into the mantle.

We are a team of early career volcanologists planning an ambitious expedition to the South American Andes, as proud recipients of the eighth annual bursary from Land Rover, in partnership with the Royal Geographical Society (with the Institute of British Geographers).


Our objective is to provide the first accurate and large-scale estimate of the flux of volatile species (H2O, H2, CO2, CO, SO2, H2S, HCl, HF, and more) emitted by volcanoes of the Nazca subduction zone. The journey will take us from the high peaks of Peru to the Southern tip of Chile, traveling on some of the Earth’s highest roads, and climbing some of the Earth’s tallest volcanoes. 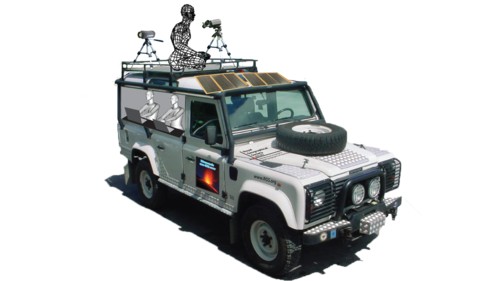 Follow the mission and contribute here: Trail by Fire