A surveyor’s wheel may also be known by other names like: clickwheel, hodometer, waywiser, trundle wheel, measuring wheel or a perambulator. All these devices serve a single purpose, which is, measuring distance.

The origin of surveyor’s Wheel is from an odometer. Odometer simply counts the number of rotations of the wheel. The distance travelled by the wheel is directly proportional to the radius of wheel.

An Arduino Nano is used as the controlling unit. It reads the pulses coming from the rotary encoder and calculates the traveled distance and prints on LCD (Liquid Crystal Display).

When the Rotary encoder rotates, it sends the pulses to Arduino. Output pins of the rotary encoder are connected to pin D2 and pin D3 of Arduino. Arduino identifies the rotation and direction (clockwise or anticlockwise) of the wheel. Arduino counts the pulses and converts them in distance by using some basic mathematical operations, called calibration. Now calculated distance is shown on the LCD.

In the rotary encoder spaced conductors are placed on a disc and connected to common pin. Encoder have two output pins (OUT1 and OUT2), When encoder rotates, output pins gives ZERO and ONE. The pattern of ZERO and ONE in OUT1 and OUT2 helps in determination of direction and rotation.

Arduino is the brain of the whole project which counts the rotation. Arduino converts the rotation into distance using calibration and displays the information on LCD.

LCD (Liquid Crystal Display) is the output device; it shows the measured distance in Centimeter.

In this project, we are using 16×2 LCD (16 Columns and 2 Rows). The LCD has 16 pins, some pins are power pins, and 6 pins are connected to Arduino and two pins are used for backlight. A preset is also connected to 3rd pin of LCD which is used for contrast control of the LCD.

In the circuit Arduino, LCD and Rotary Encoder are the main components. Rotary encoder has three pins. One pin is connected to GND and two pins are connected to D2 and D3 pins of Arduino. LCD is connected to Arduino through pins D0 to D5. Vin pin of Arduino is powered by a 9-volt battery through a switch.

In this project a PCB is designed using EAGLE CAD software. If you are good in PCB Etching, you can use the figure provided below to DIY.


You can also make the circuit on breadboard or Zero PCB using the image below. 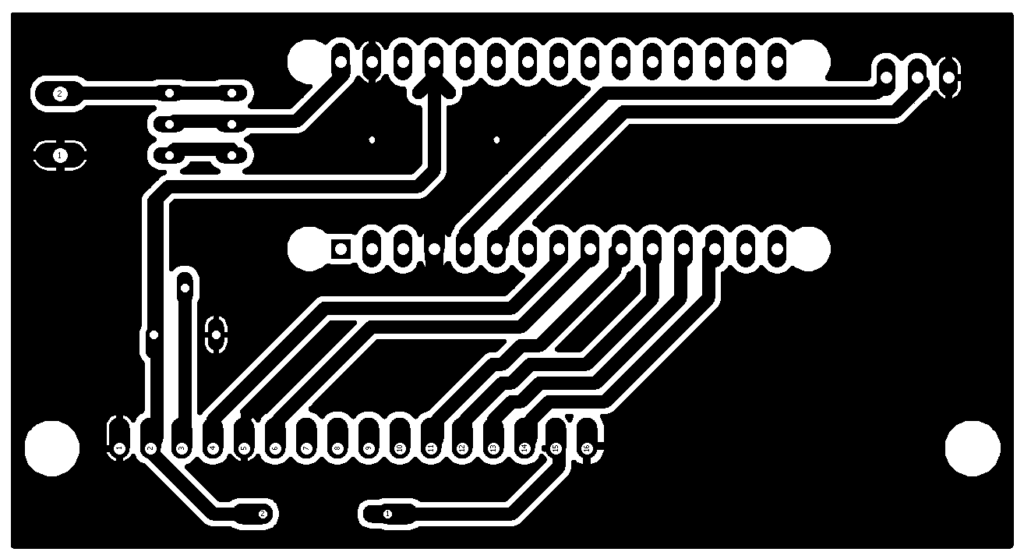 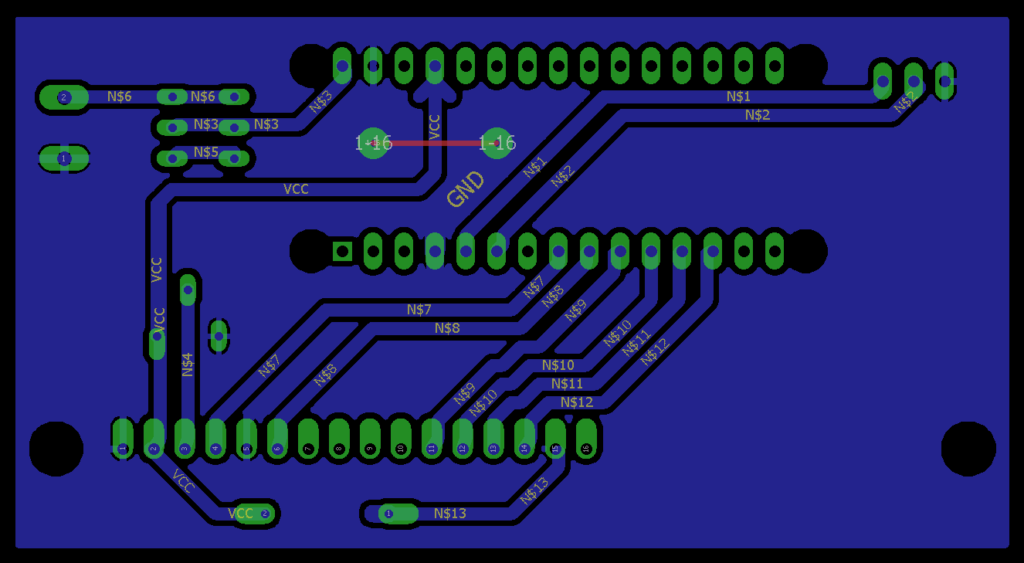 Rotary encoder moves 22 steps in one complete rotation (360 degree). Steps per rotation depends on the rotary encoder which can be changed from 8 to 48, but in our case it is 22.

Suppose N is the steps per rotation and R is the radius of wheel.

In the beginning of code “LiquidCrystal.h” header file is used for the LCD Display. After it LCD is declared by the function “LiquidCrystal lcd(5, 6, 7, 8, 9, 10)”, where pins are declared in the bracket.

In the void setup section, pin1 and pin2 are declared by INPUT.

In the line 23 LCD is begun and in the line 24 “SURVEYOR’S WHEEL” is displayed on the LCD.

In the line 26 “LastState” is digital read value if “pin1”. In the void loop section integer State is equal to “digitalRead(pin1)”. An “if” loop is used in line 30 it become true when “State” and “LastState” are not equals. An “if” is also used inside the loop, it becomes true when “digitalRead(pin2)” is not equals to the “State”. In this loop “Pos” increase and in the else “Pos” decreases.

Now measured distance is 2*pi*R/N which is the circumstances of circle (wheel). Where Pi is 3.14, R is Radius and N is step per revolution of Rotary encoder. Now this distance is printed on the LCD, at the end “LastState becomes” equals to the “State”.