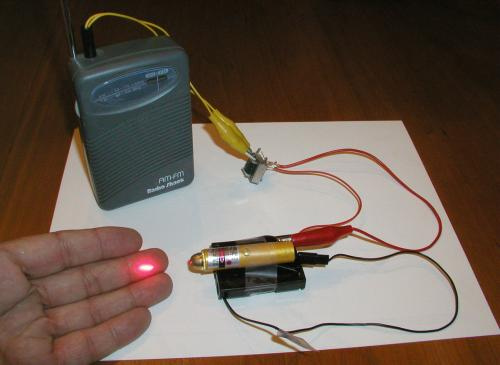 Make a simple laser communicator that converts a sound source into light that travels across a room, and back into sound with very little quality loss.