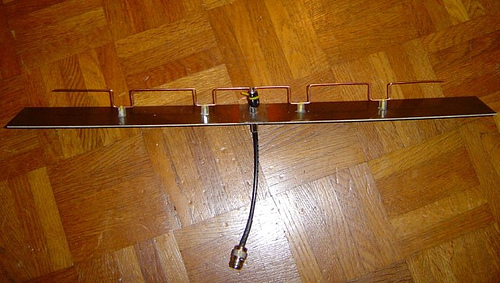 
Open half wave dipol fed in the middle, is extended on both sides with one continuous conductor, which is, every half wavelengths, folded in quarter-wave short-circuited part of symmetrical two wire line. In this way, proper phasing of the half wave dipoles are performed. This kind of wire antenna has been used, mainly in horizontal polarization, from the very beginnings of radio on medium and short waves and is known as Franklin’s antenna, after its author.