Google’s Atlas robot goes on successful walk in the woods 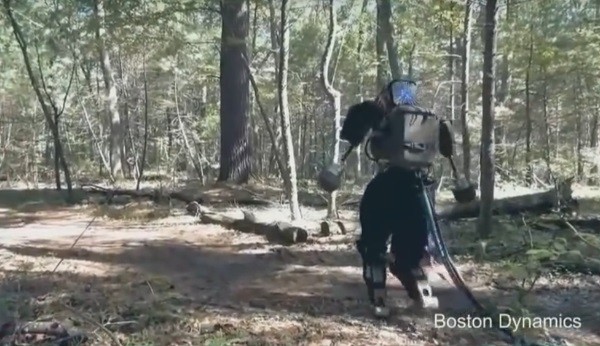 Updates on (according to me) the most impressive humanoid ever created, former Boston Dynamics (now Google) Atlas robot hanging around in the wood for a relaxing walk!

Boston Dynamics is a Massachusetts-based company that specializes in developing robots. Among others, they are also responsible for the four-legged robotic dog Spot that has been widely circulating on the web. Featuring a hand-like manipulator on its face, this robot is even capable of opening doors and executing other complex tasks. While Spot also featured in the presentation given by company founder Marc Raibert at MIT’s FAB 11 Conference, the partially 3D printed Atlas was definitely the most interesting robot they are working on.

While the Atlas robot has gone through a few iterations over the past few years, the latest model is lighter than ever before at 156 kilograms and among others features improved actuators to help it get up should it fall over. It also features improved arms and even wrists that rotate by themselves to allow doorknobs to be easily opened. While still used with a power tether, it can also function without one, while featuring a variable-pressure pump to conserve energy. And to show what it is now capable of, the Google company sent the Atlas out into the woods for some real environment action.


In part, the successes have been realized through extensive experimentation with lightweight 3D printed parts. Raibert revealed that in the current state of the robot, the valves for the hydraulic fluids, as well as the shells and lattice structures on the Atlas’s legs have been improved by 3D printing them. While it isn’t known if the final edition will feature 3D printed parts, the technology is thus obviously playing a major role in development. 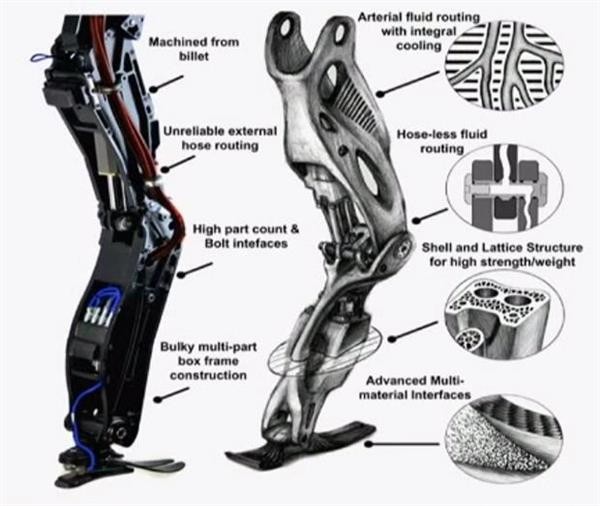 Here in a video the latest capabilities shown: