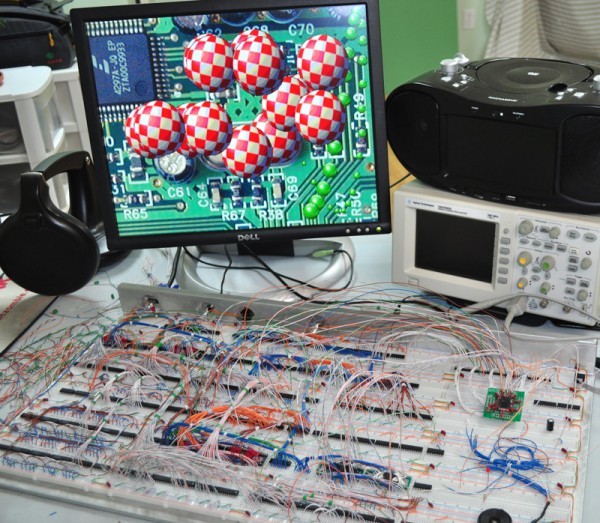 Radical Brad over at the 6502.org forum has been working on this cool 7400 logic VGA video game system, Vulcan-74:


Check out the video after the break.