How to build a Remote Control ( RC ) car at home 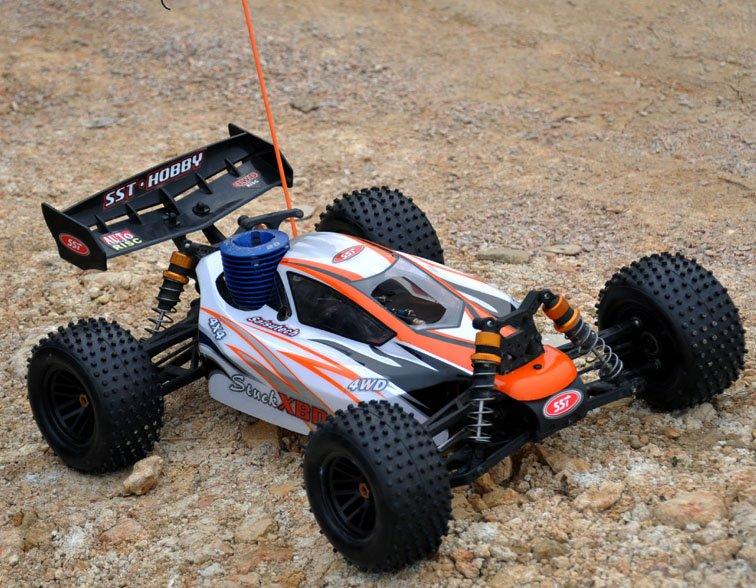 Remote control Cars also known as RC cars are something every electronic hobbyists would love to build. But most of them didn’t know where to start and how to build it, some even got deceived by its complex looks. This article is focused to guide hobbyists to build their own homemade RC car with minimal components. 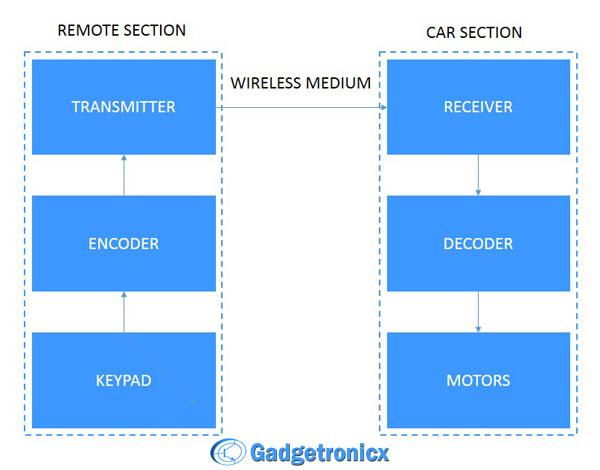 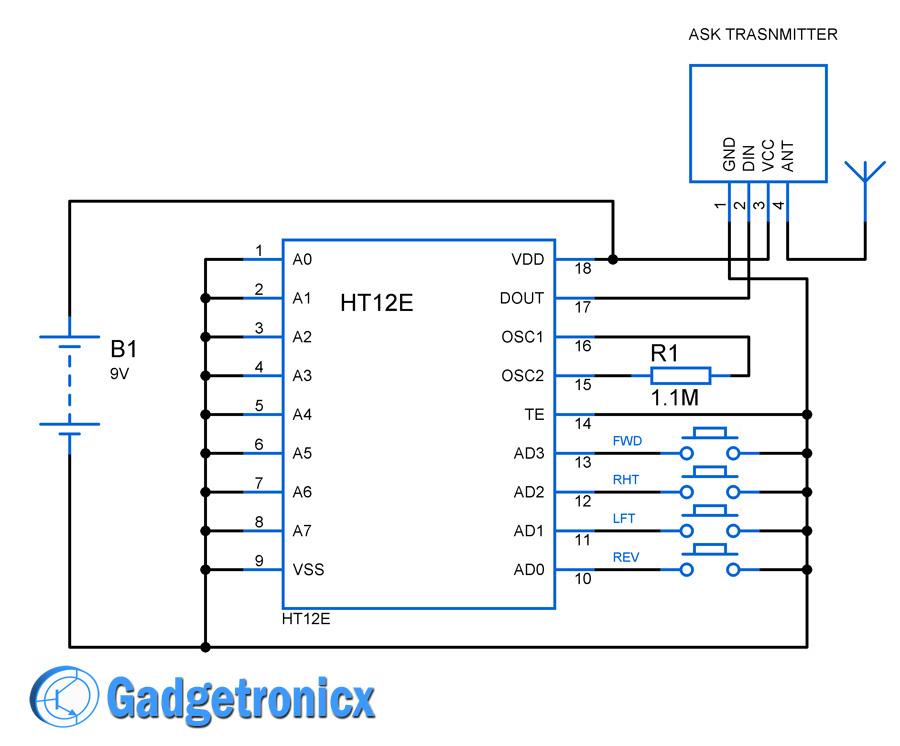 KEYPAD: The Keypad for our remote is made up of four individual buttons which is wired to the data pins of the data pins AD0 to AD3 of the encoder IC. When these buttons are pressed it passes the movement signals to the encoder,

ENCODER HT12E: This encoder serves the purpose of encoding the movement signals fed by the individual buttons. The Data pins AD0 to AD3 is active low hence pressing the button closes the circuit and a logic 1 or high signal is fed to these pins. It also contains Address Pins A0 to A7 which allow us to try out different address combinations for secured transmission of data but make sure you use the same address combination in the receiving end (decoder). In the above circuit we did’t try out any address combinations hence all the pins are grounded. The Dout Pin gives the encoded output data. Read more about the Working of HT12E Encoder.

RF433 TX: This is a simple RF433 TX module which operates at frequency at 433MHz. The encoded data from the Encoder is fed into DIN pin of the TX and a simple antenna is attached to its 4th pin. 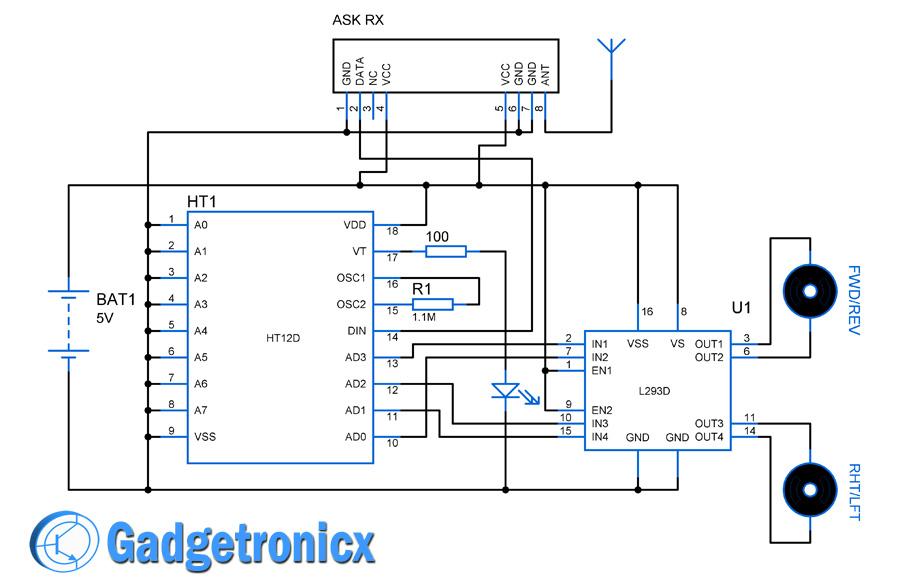 RF433 RX: This a simple RF433 RX module which operates at 433MHz. The received encoded data signals is received through the antenna and the signal is obtained from DATA pin to feed the decoder.

HT12D DECODER: The encoded signals from the RX module is fed into the DIN pin of the decoder. The signal is then decoded by the decoder, remember to use the same address combination used in the encoder if any otherwise the movement signals will be interpreted incorrectly. The decoder also consists of VT pin which serves as a identification if any RF link is established, LED was connected to this pin for identification.

L293D: This IC serves as a Bidirectional motor driver. It is highly impossible to drive heavy loads such as motors using decoder IC hence we have used a dedicated L293D IC for this purpose.

MOTORS: Two simple DC motors are used for the movement of RC Car. A motor for moving the Car forward and backwards whereas the other one is used to steer the car left and right.

We are done with the Remote control and the circuits which is about to be placed inside the car. Now next important thing is provide mechanism to move our RC car front and back. This can be done by fixing a gear to the motor and to the rail which connects the rear wheels. Fix the motor close to the gear in the rail so that when motor makes a movement the car moves forward. Likewise when the motor rotates in the opposite direction the car should move backwards.

Steering mechanism is bit tricky than the movement mechanism since it requires bit of mechanics. There are several Steering mechanisms used in building RC cars but here i prefer to use “Rack and Pinion” arrangement to steer the car in our desired direction.

The above animation shows the working of Rack and pinion steering mechanism. Here the pinion gear will be attached to our front motor which is responsible for Right/left steering. When this motor moves in clockwise direction the car turn left and vice versa. See the working this gear arrangement in the video below.

You can buy the above components at affordable price from Amazon with ease. Click on the links given for respective parts.