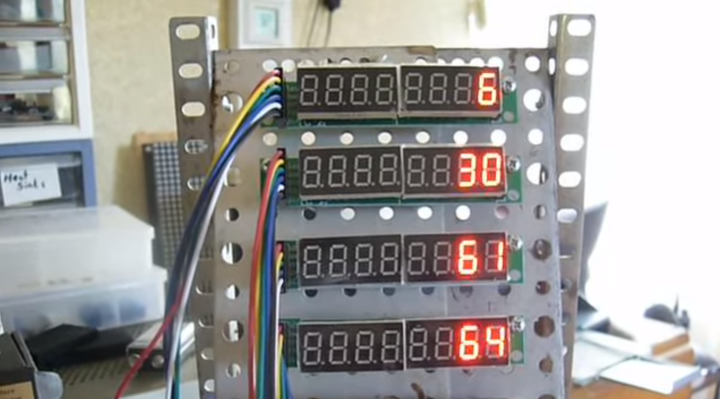 An an educational exercise – or just for fun, you can recreate mechanical mathematical calculators quite easily with a microcontroller – and the Arduino is no exception. One great example of this is emulation of Charles Babbage’s Difference Engine by Tom Crawford.

A difference engine is “is an automatic mechanical calculator designed to tabulate polynomial functions. The name derives from the method of divided differences, a way to interpolate or tabulate functions by using a small set of polynomial coefficients” (thanks Wikipedia), and was part of a series of machines devised by Babbage that were ahead of their time.

Tom’s example uses an Arduino-compatible and some inexpensive numerical displays to give the output – such as the original number, cube and so on. A demonstration of the project is shown in the following video:


Kudos to Tom for such an interesting project, of which you can learn more through the Arduino forum. And for more, we’re on facebook, twitter and Google+, so follow us for news and product updates as well.

If you’re looking for a neat and colourful display to use with your Arduino or Raspberry Pi – consider our 128×128 pixel OLED Module. With a diagonal size of 1.5″ and 16,384 colours to select from, so almost anything is possible. Furthermore there’s a microSD card socket, and removable tabs on each side which can hold LEDs and buttons:

And using the module is made simple – we have tutorials and drivers for both the Arduino and Raspberry Pi platforms – great for experimenters or those who use both systems.