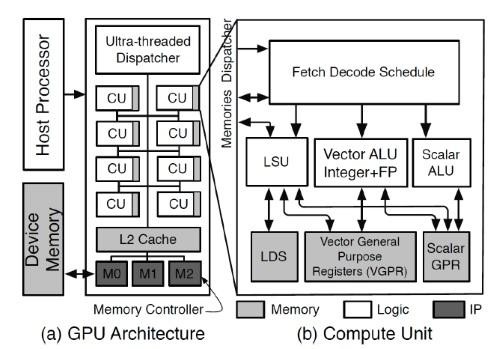 CUPERTINO, Calif. – The first general-purpose graphics processor (GPGPU) now available as open-source RTL was unveiled at the Hot Chips event here. In a separate talk, another academic described an integrated open source processor with a core that’s more power efficient than a similar block from ARM.

Although the GPGPU is in an early and relatively crude stage, it is another piece of an emerging open-source hardware platform, said Karu Sankaralingam, an associate professor of computer science at the University of Wisconsin-Madison. Sankaralingam led the team that designed the Many-core Integrated Accelerator of Wisconsin (MIAOW).


One of Sankaralingam’s students was working on an out-of-order processor design when AMD released as the instruction set architecture of one its graphics chips. That sparked the idea to build an open-source GPU.

A 12-person team developed the MIAOW core in 36 months. Their goal was simply to create a functional GPGPU without setting any specific area, frequency, power or performance goals.

The resulting GPGPU uses just 95 instructions and 32 compute units in its current design. It only supports single-precision operations. Students are now adding a graphics pipeline to the design, a job expected to take about six months.

An in depth paper on MIAOW is available online but requires special access.