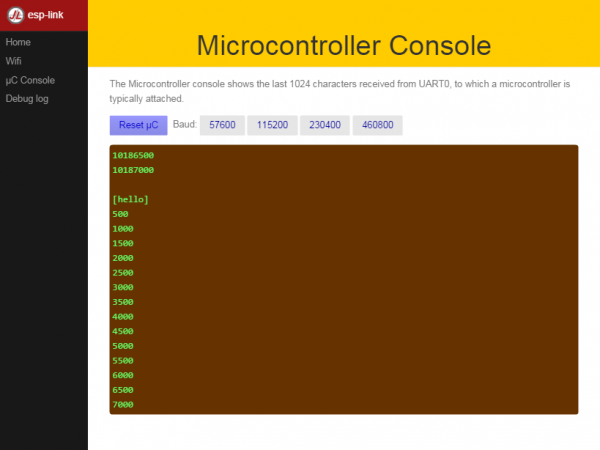 This firmware connects an attached micro-controller to the internet using a ESP8266 Wifi module. It implements a number of features:

The firmware includes a tiny HTTP server based on esphttpd with a simple web interface, many thanks to Jeroen Domburg for making it available! Many thanks to https://github.com/brunnels for contributions around the espduino functionality.