Make a Weather Station With a Raspberry Pi 2 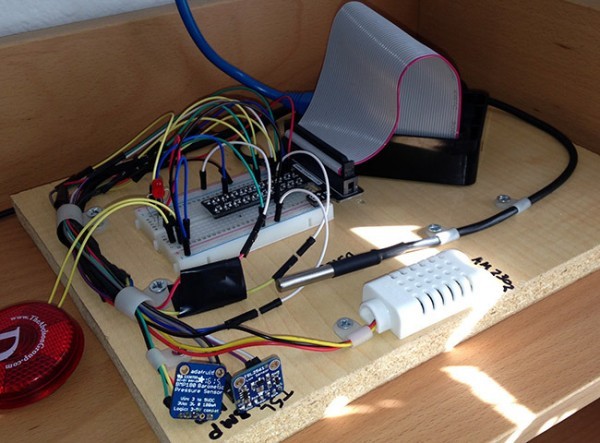 Today I’m going to show you how to make sort of a mini weather station with a Raspberry Pi. This is an ongoing project of mine that I’ve been tinkering with so I’ll share my learnings with you. It started with a project I wrote about last month, and is an improvement on it.

A core part of the “Internet of Things” movement is the idea of devices that gather data and send it to the Internet. That data is then acted on or observed for later. It’s a simple concept and has been going on for a while but lately it’s been getting cheaper and easier to do. This project is a great example of that.

Make a Weather Station With a Raspberry Pi 2 – [Link]

The post Make a Weather Station With a Raspberry Pi 2 appeared first on Electronics-Lab.