IoT gets a new wireless technology backed by Intel, Nokia and Ericsson: NB-LTE 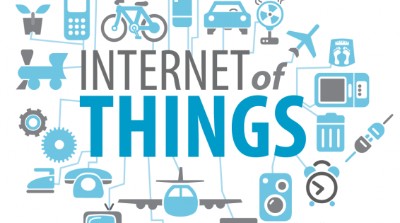 IoT has a new wireless technology and it has influential supporters in Intel, Nokia and Ericsson. It is a narrowband version of 4G LTE, dubbed NB-LTE, which has been created just for the needs of the internet-connected devices and sensors which will make up the internet of things (IoT).

Not everyone supports the technology. Huawei of China is not a friend of NB-LTE and it believes there are better ways to adapt existing networks.

Unlike smartphones which require as large a bandwidth in the radio channel for downloading big data files such as video and music, IoT devices will only transmit small amounts of data. But the main requirements of an IoT wireless protocol is that it must not require a big data processing function so the IoT devices can be low power and small. The advantage NB-LTE has is that it will build on the proliferation of 4G LTE networks, requiring only an upgrade to existing infrastructure to support IoT services.


“Cellular networks already cover 90 percent of the world’s population so it makes sense to leverage this global footprint to support and drive IoT adoption through the standardisation of narrow-band LTE,” said Thomas Norén, head of radio product management, Ericsson.

Intel has said it will start offering first chips for narrow-band LTE in 2016. The chip company will work with wireless network suppliers Nokia and Ericsson to support the upgrade of existing LTE networks with narrow-band LTE for the roll out of machine-to-machine communication and IoT services.

What other narrowband radio technologies could be used for IoT? For short range wireless links mesh technologies such as Bluetooth and ZigBee will be used and even Wi-Fi extensions. But it may not be easy or even possible to scale these up for wide-area coverage. “We believe in building an ecosystem around NB-LTE to speed up the take-up of the Internet of Things,” said Stephan Litjens, vice president, portfolio strategy & analytics, Nokia Networks.

Source: IoT gets a new wireless technology backed by Intel, Nokia and Ericsson