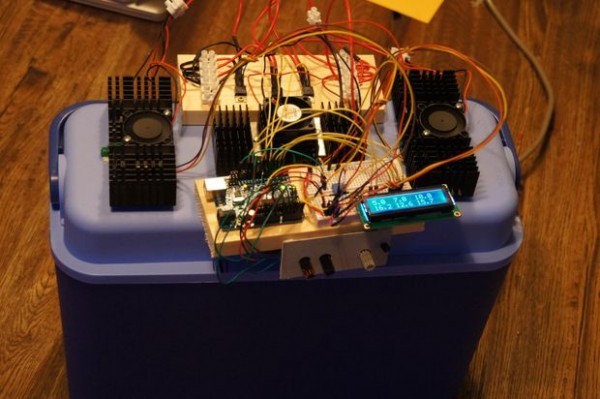 For my monthly maker column in Dutch newspaper “De Volkskrant”, I made a coolbox in which you can control the temperature in three separate compartments to keep craft beer at just the right temperature.


The contraption I build uses three Peltier-elements to cool, an old desktop computers power source, an LCD to show both the measured and the set temperature and finally an Arduino to tie it all together.