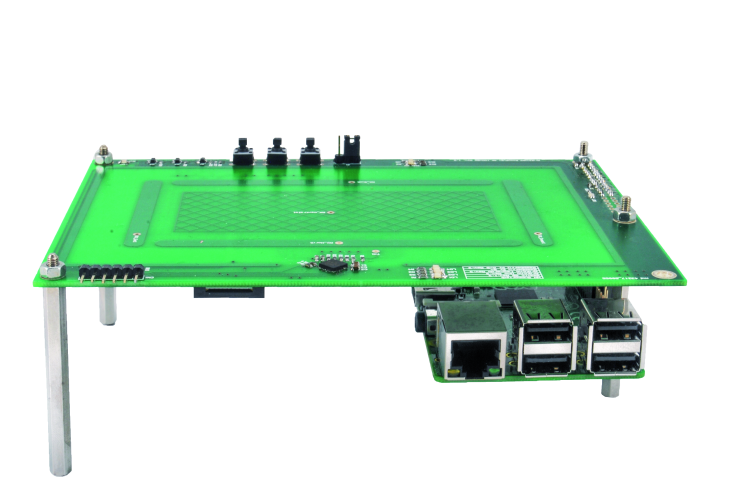 Let’s couple the 3D gesture recognition electrode to Raspberry Pi, in order to create an application with which the pictures can be scrolled on a HDMI screen, by means of gestures.


In an another post we described a new GestIC electrode, which has been developed and created for the purpose of interfacing the Arduino Uno Rev. 3, Arduino Leonardo Rev. 3 and Raspberry Pi B+/2.0 boards, and we proposed an application for Arduino. We also promised that we would propose the coupling with Raspberry Pi in a short time; and well, the time has come to see the interfacing with this board and to analyze the implementation of the library, which is needed to manage the MGC3130 integrated circuit. The library has been written in Python, that is to say a dynamic programming language, directed to items, and that can be used for any kind of software development. Moreover it allows developing quality code that can be easily maintained, it offers a strong support to integration with other languages and programs, it is provided with an extended standard library, and can be learned in a few days (at least as regards its basic functions).

How to configure Raspberry Pi

Before delving deeper into the description of Python’s library, it is needed to carry out some intermediate steps to configure Raspberry Pi. Let’s see how to proceed, step by step: as a first thing, it is needed to install the Python library for the Raspberry Pi’s I/O management and, if it’s already installed, to update it to the latest available release, at the moment being 0.5.11.