Back to the Future – Build your Flux Capacitor 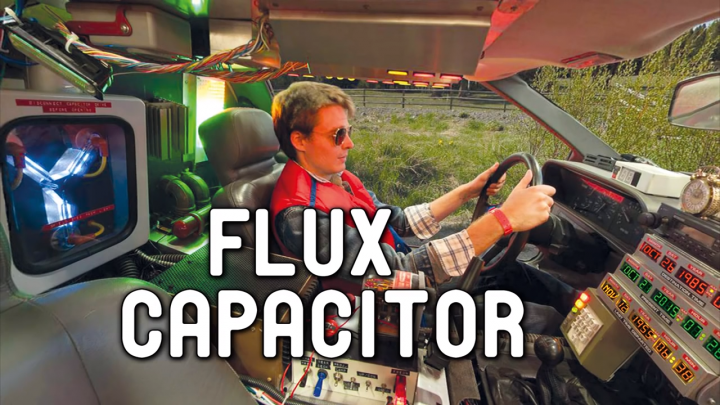 In this article, Boris from Open Electronics will show you a modern take on the equipment that enabled time travel in Back to the Future.

Those who have a few “decades” of ageing on their shoulders should know Back to the Future (but the younger ones as well, since they could know and see it thanks to YouTube streaming), the famous movie that then became a saga… in three installments. The great appeal of the movie – directed by Robert Zemeckis, and with no less than Steven Spielberg as an executive producer – lies in the bizarre and futuristic adventure of a teenager, Marty McFly (played by Michael J. Fox), that managed – with the help of an eccentric-looking scientist – a certain Emmett L. “Doc” Brown (whose real name is Christopher Lloyd) – to travel in the future (and in the past as well) by means of a time machine. The messy gear, the car on which Marty travelled, was created by the Doc and became a cult. It was the DeLorean DMC-12, chosen by the professor, who was sure that: “if you’re going to build a time machine into a car, why not do it with some style?” This car, a new time machine, had to receive an electric power of 1,21 Gigawatt in order to be able to make the jump: an enormous amount that was then used by the “flux capacitor”, placed behind the DeLorean’s seats. Initially, the flux capacitor was powered by some plutonium, while in the follow-up movies it was simply needed to introduce some garbage in the Mr. Fusion conversion device, in order to start the nuclear fusion and to develop the power needed.


In the movie, after the time circuits were activated, and the destination date and time were set, McFly had to start the engine and accelerate up to 88 miles per hour (141,6 km/h), so that the flux capacitor could be activated. Once the time jump was performed, the DeLorean was to be found in the same physical position on Earth of the time of the departure.