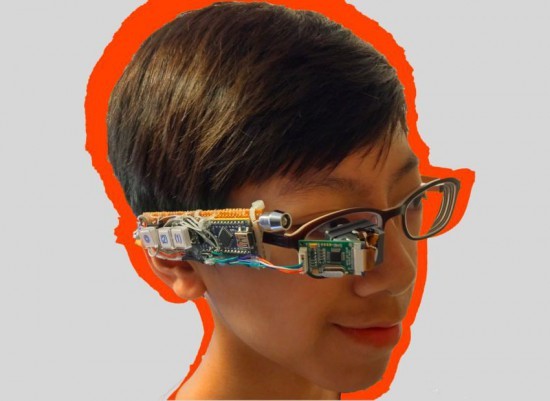 After Google announced the stopping of Google Glasses production (but not the development) the DYI community started proposing charming alternatives. Here is one!

Jordan Fung is a 13-year-old maker and programmer based in Hong Kong. He recently developed Arduino-based smart glasses called Pedosa Glass, which are able to activate, in this first release, a flashlight and a timer.

On Instructables the full details and downloads.