Brick Sound Kit on Kickstarter: DIY sounds for your toys! 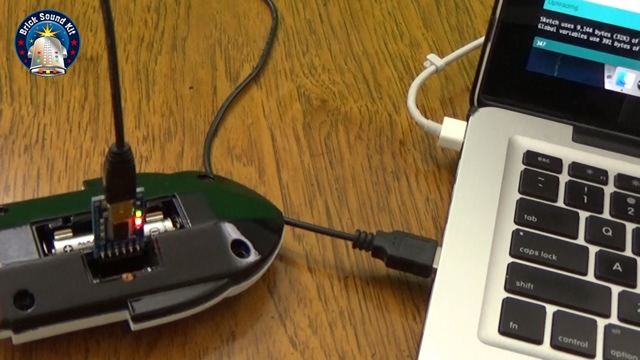 The BSK is fun right out of the box and it works as a standalone toy, as well. It is a Lego® compatible toy that snaps easily to your bricks, and the iOS and Android app lets you record and playback sounds. It’s also a fully open platform where kids, collectors, makers, inventors, parents, and teachers can easily program and share new apps and games, taking active play to new heights.

The idea came up when a 7 year-old kid and his dad were playing with Lego®s. “What if there was a way to record our sounds and play them back whenever we flew our spaceship” –Chase, the inventor of BSK, and the question that sparked this project!

For those who want to explore endless possibilities, the BSK can include a FTDI USB Adapter and Cable to reprogram the device functionality using free Arduino tools. Open source SDKs allow anyone to build their own apps and games controlled by the BSK. All programming will be easy to learn for any age and supported by the team through an inventor portal.


After over a year in development, professional design and thorough planning, they are ready to go into production. They have launched a Kickstarter campaign that will run until December 22, 2015.

Our app and firmware will be open source for the creative coder in you. The board is fully programmable via FTDI port and open sourced SDK. With online support kids, adults, parents and teachers can create whatever they imagine.