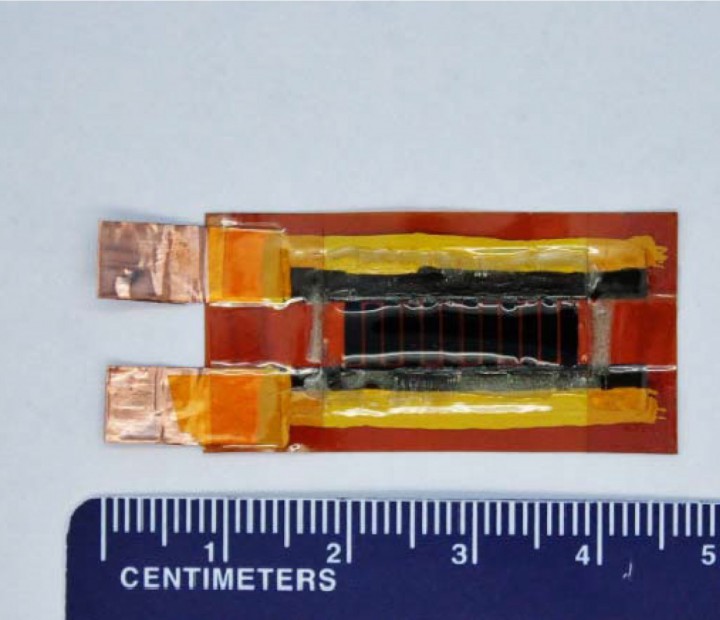 This is by Martin Cooke from elektormagazine.com:

It was reported last year that researchers at Rice University in the US, led by chemist James Tour had developed a method of producing a form of graphene on commercial polyimide plastic sheet by zapping it with a laser. The process is called LIG (Laser Induced Graphene). The resulting graphene layer is not a conventional flat sheet made up of hexagonally-organized atoms but instead a spongy array of graphene flakes attached to the polyamide, giving a greatly increased surface area. This property can be exploited to build supercapacitors.


Interdigitated patterns of the material are burnt into the surface and treated with manganese dioxide, ferric oxyhydroxide or polyaniline through electrodeposition which turns the resulting composites into positive and negative electrodes. The composites are then formed into solid-state microsupercapacitors with no need for current collectors, binders or separators. According to Tour “It’s a pain in the neck to build microsupercapacitors now, they require a lot of lithographic steps. We can make these in minutes: We burn the patterns, add electrolyte and cover them.”