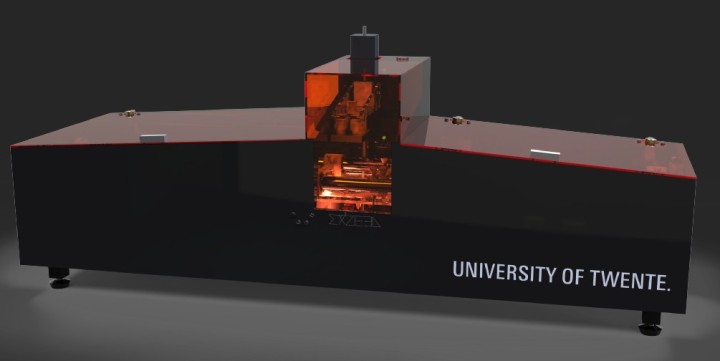 Reinout Holtrup, a student of industrial design at the University of Twente in the Netherlands decided to take on these very issues (i.e. the inability to use SLA printing with multimaterials) by creating a prototype for a DLP 3D printer which can print with up to 5 materials/colors at once. Clearly something which had never been done before with a DLP printer, he certainly had his work cut out for him. For those who are unaware, Digital Light Processing (DLP) 3D printing uses a projector to cure a photosensitive resin one layer at a time. Such processes allow for incredibly accurate prints since movement during the print process only occurs along the Z-axis.

The machine that Holtrup created for this project is called the XZEED Multi-Material DLP Printer. Basically what he does is create a horizontally moving tray, equipped with five different vats. Holtrup decided to use simple 100mm borosilicate petri dishes for the prototype machine, as they were easier to manage. Each vat is able to be filled with a different type of resin and move directly under the downward facing build platform when required. 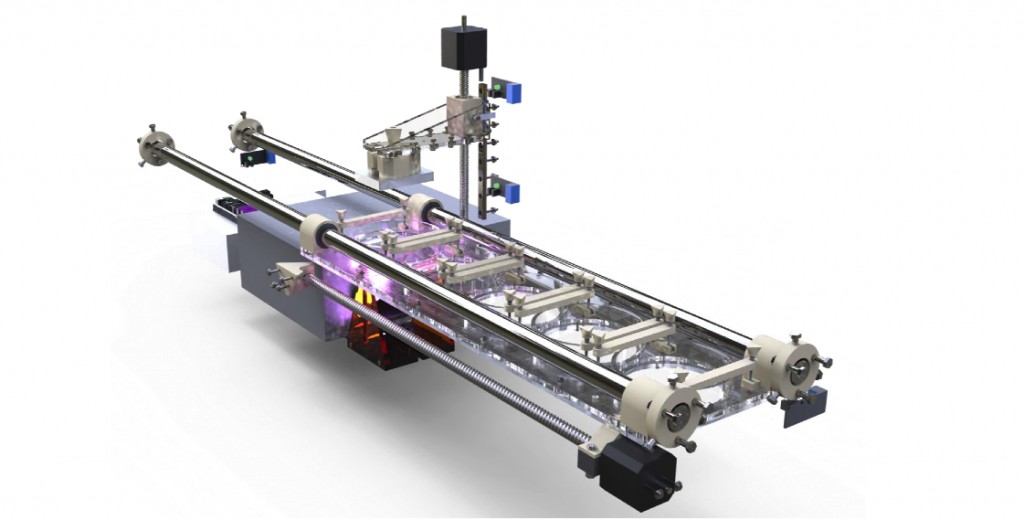 The entire machine was conceptualized and built by Holtrop who decided to use a Megatronics V3 motherboard loaded with Marlin firmware to control the whole thing, along with a 24V 15A power source. For the projector he opted to go with a Benq PB7230 DLP beamer that works at an XGA resolution of 1024 x 768, but since he needed to project such a small image at a tiny distance he installed a 5mm spacer in between the DMD chip and the lens assembly. As for the body, he simply laser cut sheets of medium-density fibreboard, making it sturdy and solid enough to perform the movements required. There were also a total of 55 parts which were 3D printed themselves which made up the machine. This included nut housings, linear bearing housings, mirror clips, etc.