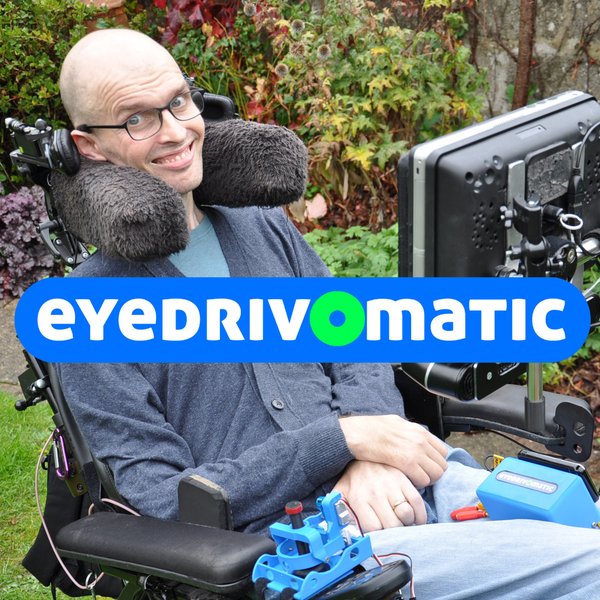 As every year, Hackaday launched its Prize awarding best DIY projects. For the 2015 projects that solve “issues that matter to everyone” have been selected and awarded.

The first prize, winning around $200K or alternatively a space trip (!!!) is EYEDRIVOMATIC:

To create an inexpensive and accessible way for people with motorised wheelchairs to take control of their mobility via eye movement, using open source methods as much as possible.

As I don’t actually own either the wheelchair or the eyegaze, my idea was to make something that would interface with the user’s chair mounted computer, and physically move the joystick. Crucially this would mean not making any modifications to the loaned hardware, and could work with any wheelchair and eyegaze combination.

The solution I came up with is called Eyedrivomatic, and is a two part system, a ‘brain box’, containing an arduino and four relays, and an ‘electronic hand’, containing servos to move the wheelchair’s joystick.


I decided on this approach, rather than interfacing directly with the wheelchair’s electronics for several reasons. I know the protocols for my own chair, but not all chairs use the same protocol. Also, my chair has a socket for plugging in external joysticks, but that is by no means common on other chairs. And the sockets are of a proprietary design. Interfacing directly would, on most chairs, involve physically cutting in to the wheelchair’s wiring.

This is an issue because many people don’t actually own their chairs – especially in the UK where they are loaned by the health service and will be reclaimed after the user’s death.

An integrated version of eyedrivomatic in new chairs would be brilliant, but this hacking – yet non-interfering – approach to existing tech means the problem can be solved cheaply and easily for those who need it as soon as possible.

This is especially important as ALS usually has a very rapid onset and people losing their mobility need a practical and inexpensive solution as soon as possible with what is immediately available.

Two years in development, eyedrivomatic now works well, and is;