Antbo is a robot insect companion anyone can build 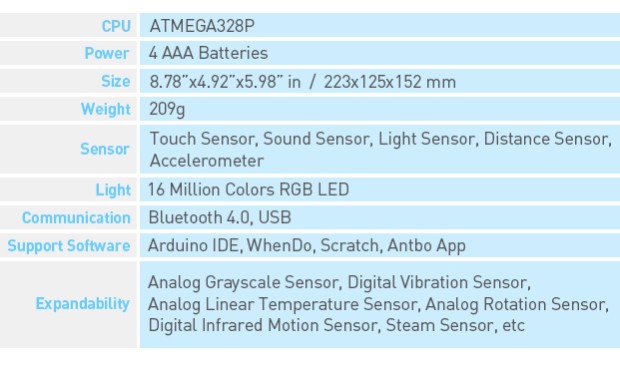 Interested in building and programming your own robot? You might want to give Antbo a try. Billed as the “insect robot designed for anyone with an inquisitive mind,” it’s a programmable entry-level kit for beginners or anyone with a casual interest in robotics.

Antbo can be programmed using Scratch, Arduino IDE, and DFRobot’s visual programming app WhenDo. Scratch is a great gateway drug to more advanced coding, while Arduino’s wide usage and support is great for programming newcomers to get accustomed to.

This amazing robot has been created to teach young people how to assemble and program a robot. After you have assembled it, you can program it by using the smartphone iOS or Android apps. Its neuronic system can learn autonomously how to “move” and “play”. You can also add sensors (sound, temperature, touch) and servos.


Here are the features:

Rush to Indiegogo to catch yours for $59.

Source: Antbo is a robot insect companion to teach programming from MIT