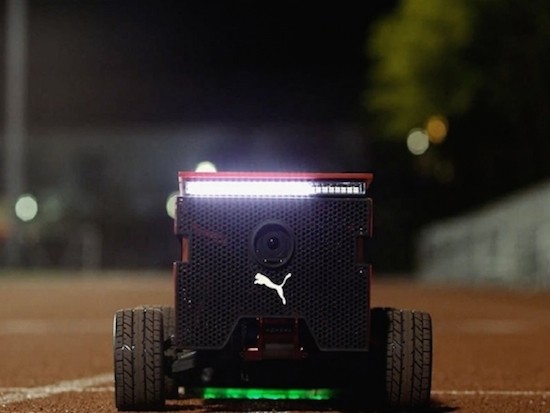 Man versus machine may sound like a bit of cliché at this point, but PUMA recently took this concept to a whole new level with a shoebox-sized, programmable robot that helps runners push themselves to the limits. The BeatBot — which the apparel company created together with ad agency J. Walter Thompson New York and a team of MIT engineers — is a self-driving, line-following device that provides athletes with a visual target to beat.

The robot works by scanning lines on the track using its nine IR sensors, while wheel rotations are monitored by an Arduino to measure speed and distance. BeatBot is equipped with front and rear-facing GoPro cameras, as well as LED lights on the back so you can see it in your peripheral vision. Data is processed in real-time, making more than 100 adjustment per second to remain on course, navigate turns and finish the race at a pre-determined pace. 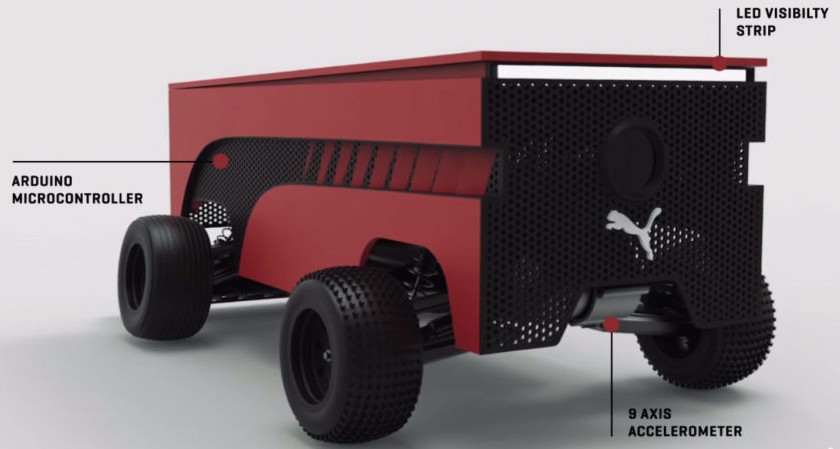 To get started, runners enter the time and distance of the race they want, place the robot on the starting line next to them and go. BeatBot is managed through a companion iPhone app that enables the runner to set their own time and goals, which can be anything from surpassing a personal best, competing against a rival, or even breaking world record-holder Usain Bolt’s fastest time with speeds of up to 44.66 km/h (27.7 mph).

Unfortunately, BeatBot is only available for PUMA-sponsored athletes. So for now, you’ll just have do it the old-fashioned way: stopwatch or find a friend.