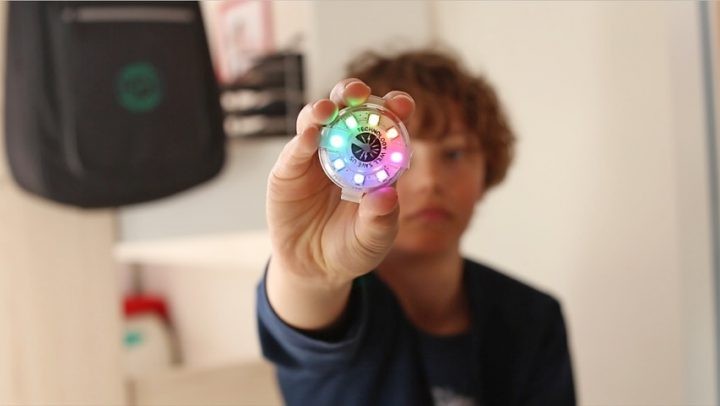 Mover Kit encourages movement! It’s a game, speed-activated bike light, disco bracelet – whatever a kid can make, move & code it to be.

The Mover Kit is an intuitive way for kids ages 8 and over to learn the fundamentals of electronics, programming and solve problems creatively. It encourages kids to learn by doing what they do best – being active and playing! The Mover Kit was named Forbes’ Toy to Watch in 2016 and is loved by 300 kids that have tested it out so far.