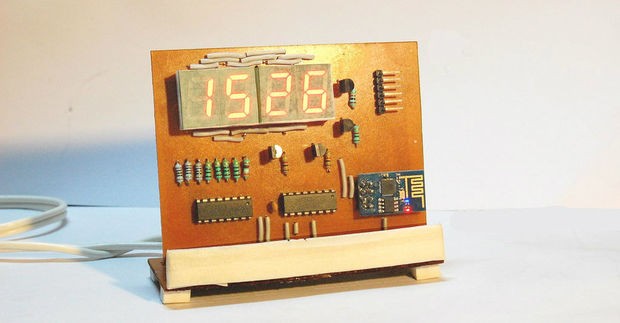 This project is a wifi synchronised desktop clock using 7-segment displays. The heart of the project is a ESP8266 board.

The ESP8266 is a awesome chip; with integrated WiFi, 80MHz clock speed, total 160kb RAM, 512kb of flash memory, and a ton of other features, it makes a regular Arduino look like a joke. The project shown in this Instructable is based solely on the ESP8266-01 module, unlike several other projects on the web where it is used in tandem with another microcontroller. This makes it great demonstration of the capabilities of the ESP chip.