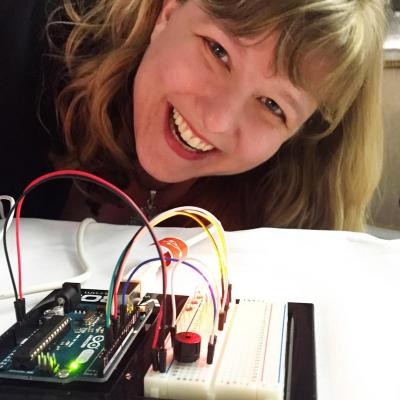 Interesting interview reported by Opensource.com on the similarities between IoT and a CMS (open source) like Drupal. The architecture designed for both has many points in common.

Meet Amber Matz, a Production Manager and Trainer at Drupalize.Me, a service of Lullabot Education. When she’s not tinkering around with Arduinos, Raspberry Pis, and electronic wearables, you can find her wrangling presenters for the Portland Drupal User Group.

IoT isn’t that much different than the web services and decoupling Drupal trends. It’s the movement of data from thing one to thing two and the rendering of that data into something useful. But how does it get there? And what do you do with it? You think there are a lot of solutions, and apps, and frameworks, and APIs out there now? With IoT, that’s only going to continue to increase—exponentially. What I’ve found is that given any device or any “thing”, there is a way to connect it to the Internet—many ways. And there are plenty of code libraries out there to help makers get their data from thing one to thing two.


So where does Drupal fit in? Web services, for one, is going to be the first obvious place. But as a maker, I don’t want to spend my time coding custom modules in Drupal. I want to plug and play! So I would love to see modules emerge that connect with IoT Cloud APIs and services like ThingSpeak and Adafruit.io and IFTTT and others. I think there’s an opportunity, too, for a business to build an IoT cloud service in Drupal that allows people to send and store their sensor data, visualize it charts and graphs

I will look at CMS’s in a different way from now on!