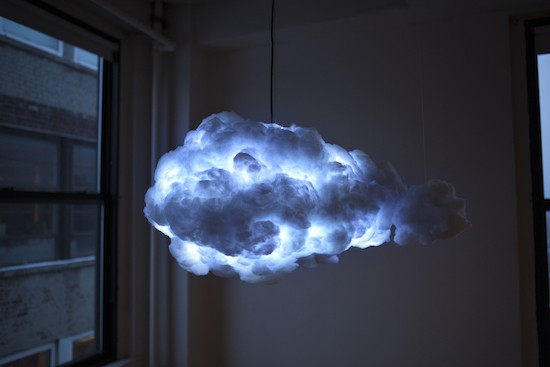 “The Cloud” is an interactive lamp and speaker designed to mimic a thunderstorm in terms of appearance and entertainment. Created by Richard Clarkson, it not only provides users with an Arduino-powered, motion-triggered lightning and thunder performance, but serves as a music-activated visualizing speaker as well.

The Cloud employs embedded motion sensors to create unique lightning and thunder shows while providing entertainment value and inspiring awe. This is a kind of magic, not based on illusions and trickery, but on sensors and code. Featuring a powerful speaker system, The Cloud allows its beholder to stream music via any Bluetooth-compatible device and can adapt to any desired lighting, color and brightness. 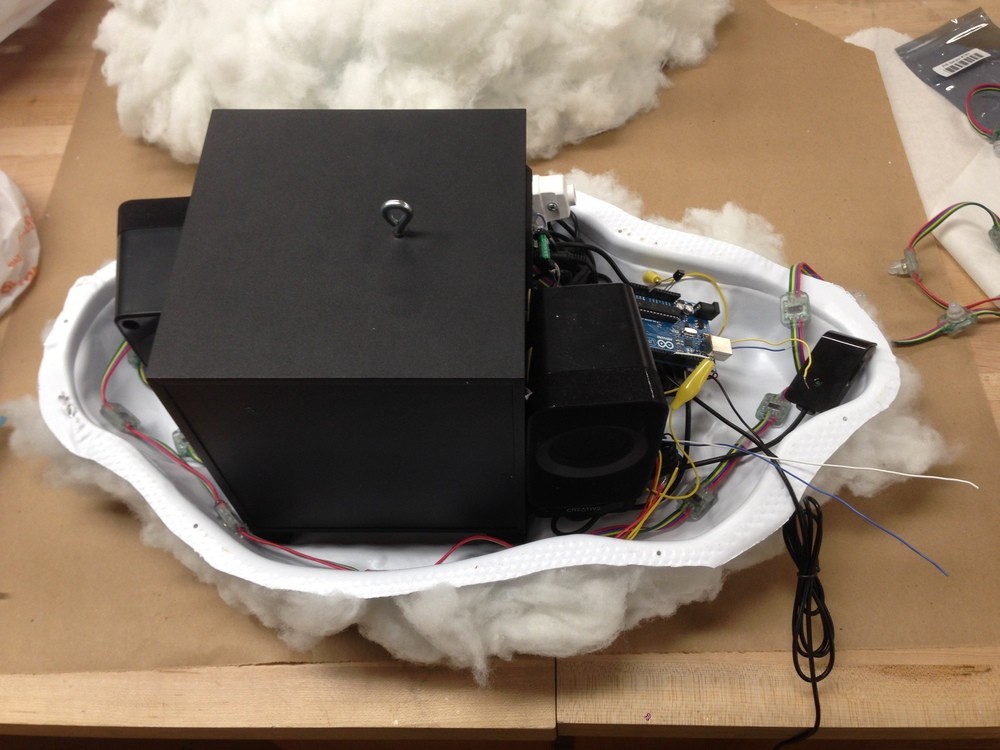 The hybrid installation is suspended from the ceiling, and consists of hypoallergenic polyester fiberfill with a sponge casing that holds the Arduino, lights, sensors, speakers and other components. Users can control the Cloud through a small, wireless remote.

“Acting as both an immersive lighting experience and a speaker with visual feedback, this hybrid lamp/speaker introduces a new discourse for what a light fixture could be. Advances in physical computing and interaction design hardware over recent years have created a new breed of smart-objects, which are gaining more and more traction in the design world. These smart-objects have the potential to be far more interactive and immersive than ever before.” 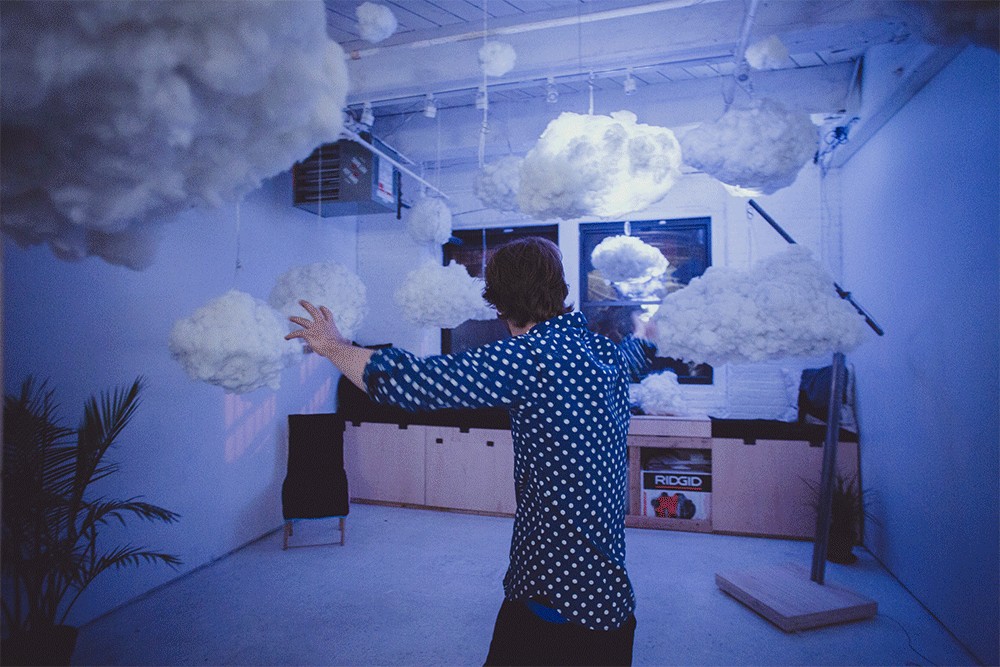 Seem awfully familiar? If it does, that’s because development of the project dates back 2012. Whereas the original model had subtle reactive light and sound elements, the latest iteration boasts a more robust design with a larger speaker system. And what’s even cooler is that multiple units are able to communicate with each other, creating a connected network of clouds right in your living room, office or wherever else it’s hanging.

You can check out Clarkson’s page to learn more about the Cloud, or even purchase your own for a few thousand dollars. You’ll also find cheaper versions with less functionality on the site, too.