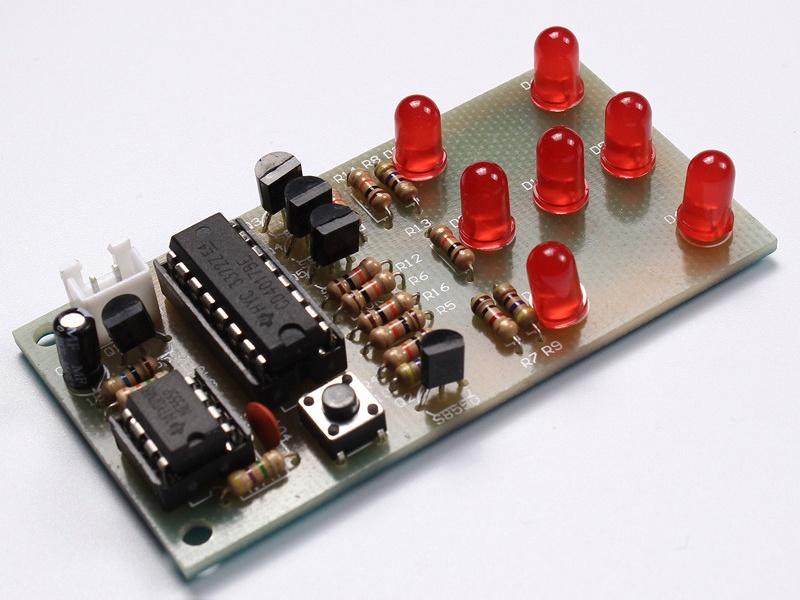 As the title suggest, this dice is constructed using two popular chips widely available almost everywhere. Add some passive components and you are done. You can even build this on a bread board, although a PCB would be better which you can build yourself too.

Press the S1 push switch, Q1 transistor turns on and activates the 555 timer chip which acts as a multi-vibrator here.

The signal from 555 is then injected to the decade counter CD4017. The output of this chip is then drives all the seven LEDs.

When you power up the kit for the first time and press the switch S1, all the LEDs starts glowing, and then in about 7 seconds, finally any one to all seven LEDs glow, in a random fashion. You press S1 once again, another set of LEDs glow in a similar random way.

Although you can construct this on a breadboard or general purpose PCB, but a professionally designed PCB as shown above is highly recommended.

You can buy this complete DIY kit just under $2, with Free Worldwide Shipping options.