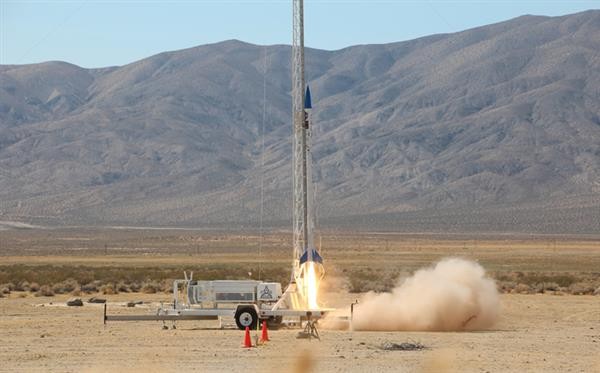 A team of students from UC San Diego’s Students for the Exploration and Development of Space (SEDS UCSD) program successfully launched their Vulcan-1 rocket this past Saturday (May 21, 2016), making it the first rocket with a fully 3D printed engine to be designed and launched by a university research group. The impressive launch took place at the Friends of Amateur Rocketry (FAR) site in Mojave, CA.

The Vulcan-1 project has been in the works for a long time as it was started in 2014 by a small group of students. As interest surrounding the project picked up, the team quickly grew to be over sixty engineering students, all eager to get their 3D printed rocket off the ground. The project was supported by a number of agencies, including Open Source Maker Labs, which supplied the equipment for the project, and NASA, XCOR, and other space agencies, who provided mentor support to the students. Additionally, last year the students launched a Kickstarter campaign to help fund the fabrication of the rocket’s body, which surpassed its $15,000 goal by over $6,000. 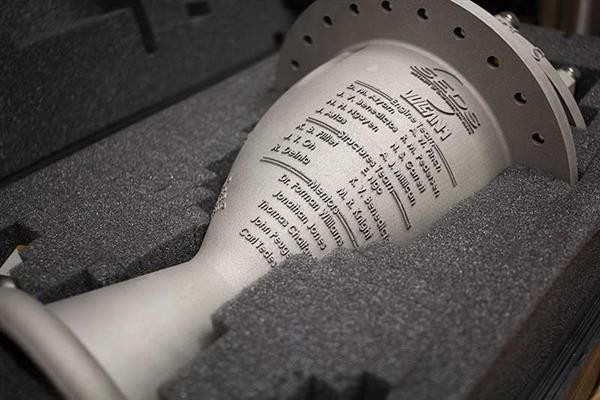 The rocket itself, which measured 19 feet long, 8 inches in diameter, was capable of an impressive 750 lbs of thrust. The undergraduate team built the rocket to be based on a bi-propellant, liquid-fueled blow down system, which was powered by a cryogenic mix of liquid oxygen and refined kerosene. The engine, named Ignus and which was entirely 3D printed, was made using direct metal laser sintering and made out of Inconel 718 material. The 3D printing of the Vulcan-1 engine was sponsored by Illinois-based GPI Prototype & Manufacturing Services, Inc.