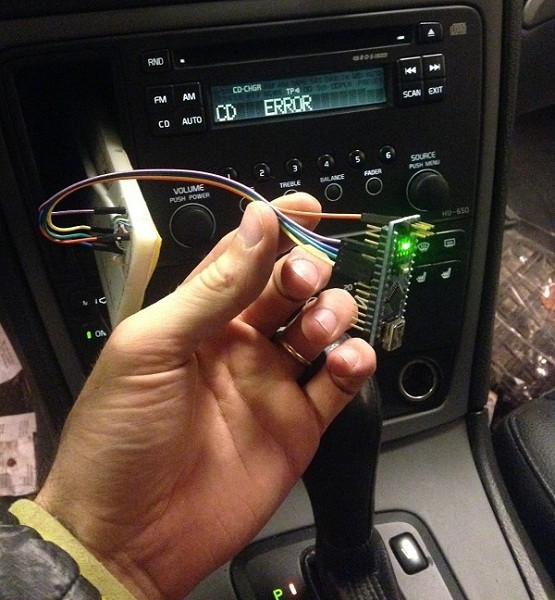 Karl Hagström wrote an article detailing how he hacked the stereo (HU-650) in his Volvo V70 (2007) and added his own AUX input:

Why, why, why isn’t there an AUX input on my car stereo from 2007?
Yes 2007 was before the big era of smartphones, but everyone owned a couple of dirt cheap mp3 players and iPod was a big thing.
The HU that my car is fitted with has two super retro 8-pin DIN-connections on the back. One of which is for connecting a CD-changer “CD-CHGR” that you could have installed in the boot of the car – but who uses CDs these days?
It didn’t take allot of research to find out there is already a product out there that lets you add an AUX to you HU-xxxx. The only drawback is that it sets you back $80 and most of all: It doesn’t come with the awesome feeling that you get when you have hacked the stereo yourself.