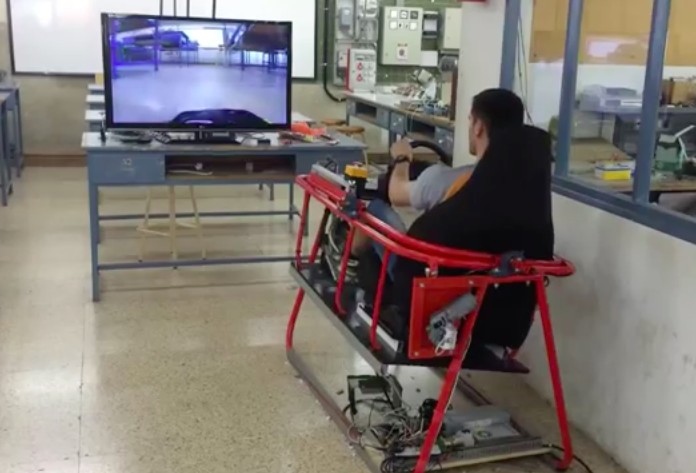 As part of their final project at EDN – Navàs, robotics students Rafart Jordi and Marc Thomas recently built an impressive Arduino simulator that captures video from a camera-equipped RC vehicle and displays it on a TV screen, making it feel as though you’re in the driver’s seat of a shrunken-down car.


The simulator is powered by an Arduino Uno along with an IBT-2 H-Bridge to control the 24V motors, and wirelessly communicates with the modified toy car via an XBee module.

You have to see it in action below!