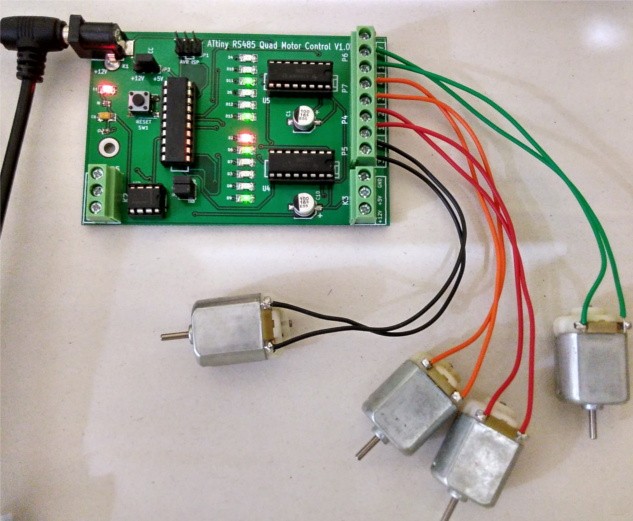 Rahul @ Xanthium has posted a tutorial on interfacing ATtiny with L293D:

In this tutorial we will learn to interface L293D with ATMEL ATtiny microcontroller and control them bidirectionally.The microcontroller used here is ATtiny2313A which is interfaced to two L293D motor control chips for controlling upto 4 DC brushed motors.You can control upto 8 motors if bidirectional control is not needed.
The ability to control upto 4 motors is essential when we are building 4 wheel drive robotic projects like Rovers or under water ROV’s.