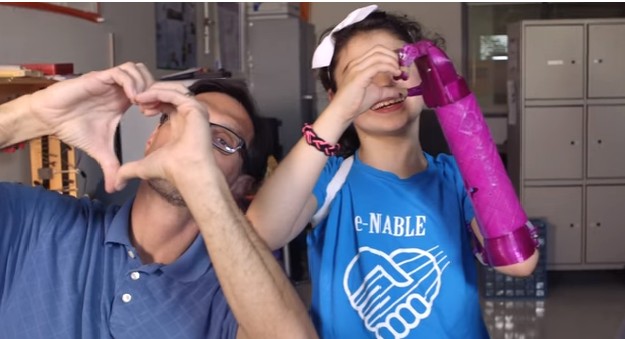 We wrote about the really touching e-Nable project many times here on open-electronics.org even when it was not world famous. We are happy that RedHat is investing on their promotion, that project really deserves it!

Open Source Stories, a new project from Red Hat Films, works to highlight those who are engaged in the open-source world, and they show the ‘trials and tribulations’ therein as well as the heartwarming successes. Undoubtedly, e-NABLE would be at the top of the list for telling the story of an inspiring journey that has been responsible for building the foundation of an entire open-source world continually nurtured by volunteers and those who care about seeing kids be able to have as much functionality as possible, whether they were born with a congenital issue or suffered an amputation. Winning the 2016 West Chester Film Festival Award for Best Documentary Film, as well as the Official Selection for the 2016 Reel to Reel International Film Festival’s Official Selection, Open Source Stories: e-NABLE explains not only the history of this amazing group of innovators and volunteers but also demonstrates exactly what is so noble about the open-source community and why it serves such an important purpose.