Building a water collection vessel with an Arduino Mega 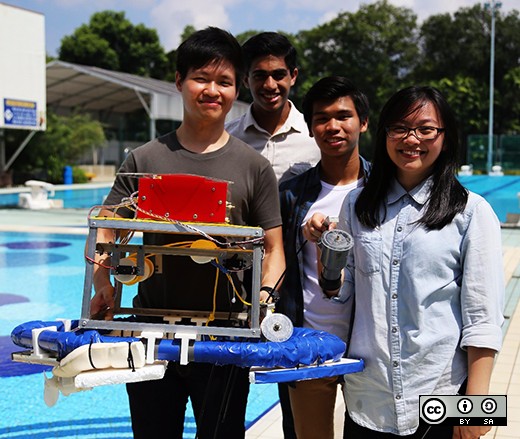 As part of an electrical and electronic engineering course at Singapore Polytechnic, a group of students were challenged to build an aquatic vehicle that could collect samples from one and two meters underwater. After three months of hard work, the Imp Bot was brought to life!

Imp Bot is controlled by a mobile application made using the MIT App Inventor. Communication is achieved via a Bluetooth module hooked up to an Arduino Mega, while an onboard GPS sensor is used to log sampling locations in the app. Power is provided by a LiPo battery, which supplies high current to the two DC motors responsible for moving the 11-pound vessel around.


The sampler is actually a simplified Van Dorn Water Sampler, an ingenious method of water collection based upon elasticity and a quick-release mechanism. The main body of the vessel was initially made using laser-cut acrylic pieces assembled with PVC pipes, but the structure was too weak so they decided to use aluminium L-brackets instead. 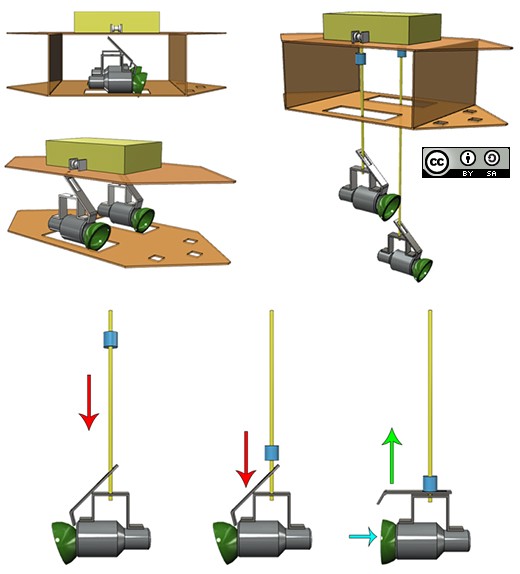 Want to learn more? Check out the team’s video below, as well as read the story on one of the student’s blogs here. The code is also available on GitHub.