Want to laser engrave onto metal with a $200 3D printer adapter? A smart way to do it! 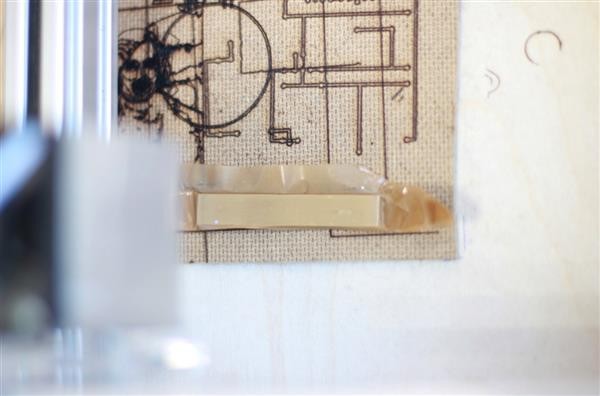 A Russian team of entrepreneurs called Endurance reported in late 2015 they were able to successfully modifyan existing 3D printer into a working laser cutter. They did this using what they called the L-Cheapo module (online for $195). The device is capable of cutting through paper and wood up to 3/16th of an inch thick.

Many makers in their network started experimenting the cheap but powerful solution, engraving all the commonly available materials. But when they come to metal and especially to aluminum, the game ended since that metal melts at 600°C: too much for a $200 laser diode.

But the smart guys at Endurance did the magic, and found out a smart way to engrave on aluminum too!

All that’s needed is 9 – 12 volts of charge, salt, the capacity of the dielectric (plastic works), a nail, water, and of course their the L-Cheapo laser module.

You need to prepare a bitmap image where the laser software can decipher one portion to be etch and another to leave untouched.


Next up, you need to cover the aluminium surface that you’re hoping to etch onto with a protective film (tape or paint would suffice) before placing it on the laser modified 3D printer build platform. The L-Cheapo laser adapter can now be used to engrave through the tape (or paint). Remember, the laser isn’t powerful enough to etch into the aluminium by itself but the laser will cut through the tape (with a minimum dot size of 0.1mm) very easily and that’s all that is required as the current driven salt-water solution in the next step takes care of the rest. 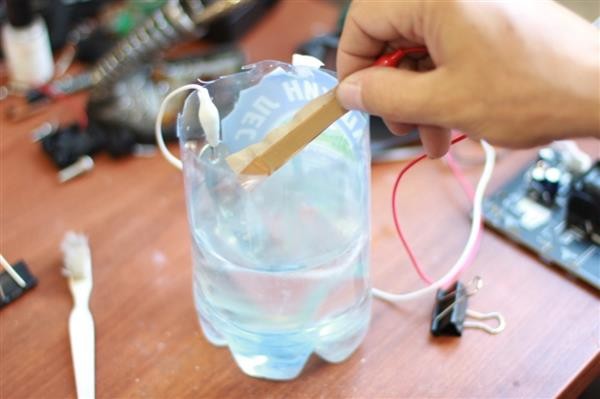 This is where things get a little tricky. The team of makers now asks you to place the aluminium plate in a plastic container of salt water (NaCl) and hook up positive and negative clips to the terminal (included in the L-Cheapo module) and turn it on.

Once activated, the electrolysis process of etching in the solution takes place. Depending on the concentration here, the time this takes can vary from 3 – 5 minutes. Once you shut things down, all that’s left to do is separate the aluminium plate and if done correctly, you should have whatever you wanted etched nicely into the aluminium. 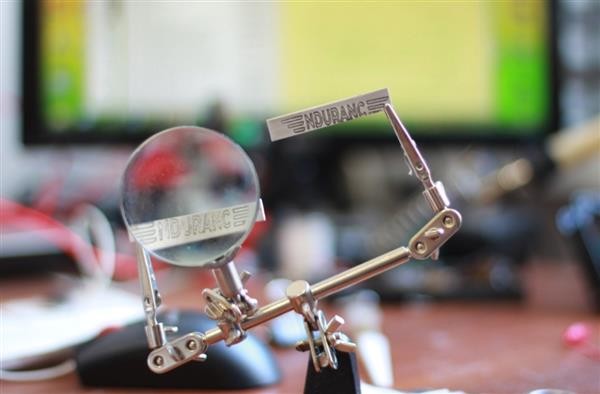