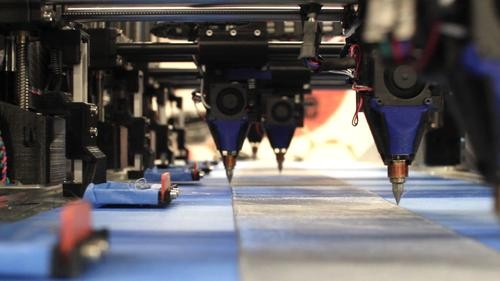 Innovators working with an effort called Project Escher at design software firm Autodesk recently told Design News they will soon release a new software product that should greatly increase the performance of 3D printing. The new solution applies a parallel processing model to 3D printing, by supporting a new type of hardware that engages multiple nozzles to produce a single item.

In 2014, Autodesk released its own 3D printer called Ember. Ember is based on open-source technologies, including hardware, firmware, software, electronics, and materials. Escher, on the other hand, is a software-only effort. In a video from Autodesk, research scientist Andreas Bastian said that progress in the 3D printing field has been held back by “an undue focus on the actual hardware, and a lot of the software has been kind of left behind.” Escher, he said, enables “collaborative fabrication between a number of tools to describe [the] geometry in parallel, and when you parallelize fabrication, it dramatically reduces the time and cost of a lot of these challenges.”