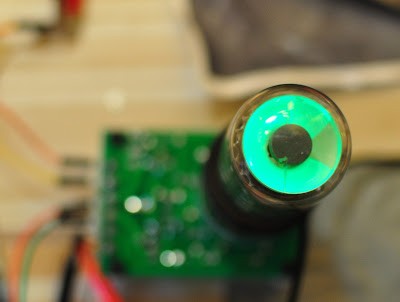 Magic Eye Tubes were used as RF-indicator tubes on radios from the 1930s until the end of the tube era and needle movement meters displaced them.

I love the glow of these tubes and want to use one as a rudimentary S-meter in my homebrew HF-transceiver. I purchased two Soviet 6e5c tubes from Ebay. I think both of them were used. I also bought two VU-meter PCBs from a Hong-Kong Ebay seller. 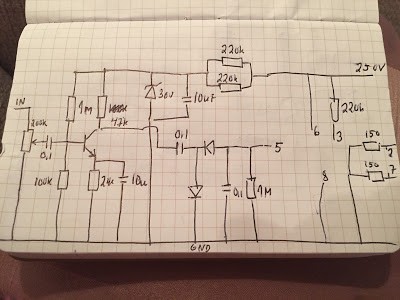 I could not find a schematic, but drew the circuit diagram based on the PCB on a piece of paper in order to understand the circuit. From my understanding it is a basic buffer audio amplifier followed by a DC coupled stage that rectifies the negative half cycle to provide the negative DC to drive the Magic Eye Tube. 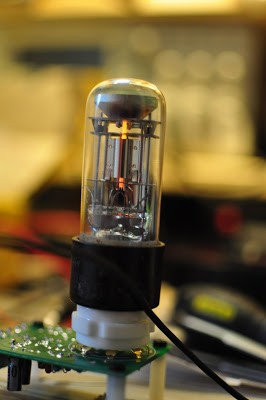 Soldering the PCB was simple and I had all components in my junk box. The tube is mounted in a 8 pin PCB-mounted socket. There seems to be room for a LED beneath the tube. Nice if you want to pimp it up a notch or two. I do not want such modern nonsens in my old-school experiments, so I skipped that. 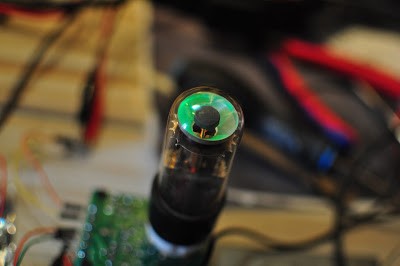 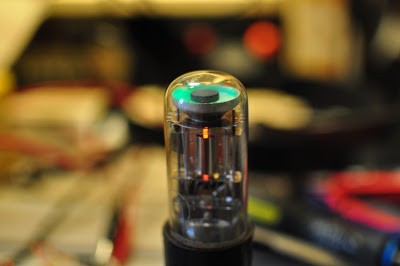 For the power supply I purchased a high-voltage supply from Ebay. Unfortunately, it does not seem to be able to provide enough current to drive the tube at any higher voltage than 180V, so it is a bit dim. I have to find an alternative solution. For the heater I used 6.3 V DC.


I used a signal generator to test the circuit. It was very satisfying to see the Magic Eye Tube perform its magic. The above video should convince you. 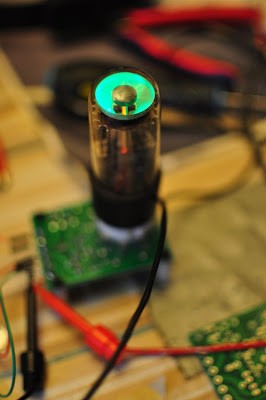 Future work include soldering up another tube and mounting them in a box together with my Nixie-tube display and some hefty dekatrons.