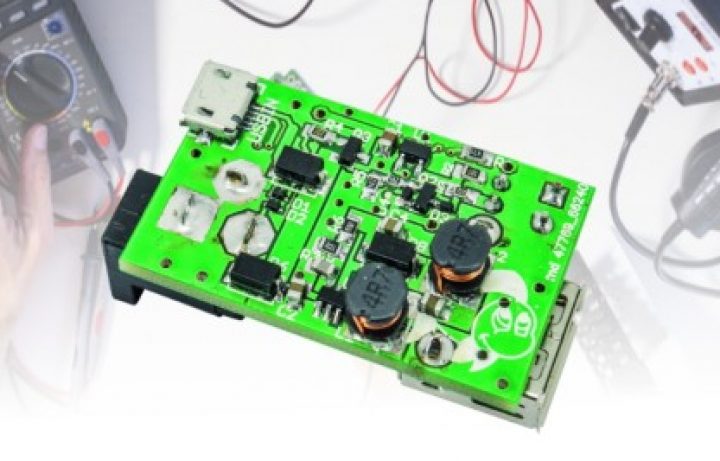 The SEPIC configuration, a very useful one, is used in modern converters for mixed supply systems.

Thanks to the availability of an always growing number of specialized integrated circuits that realize – with the help of very few external components – some complete and valid voltage regulators, today the switching technology is the most successful one, when it comes to obtaining power for different kind of circuits or devices; the “linear” ones are now only reserved for niche circuits such as very low-noise input amplifiers, amplifiers for medical applications and analog audio devices. The switching solutions are proposed in different variations, but in this article we would like to inform (after a short introduction on the subject ot the regulator types that are destined to power electronic boards) about a kind of relatively little known switching converter, that is however a very useful one, especially when powering mixed supply systems (battery+network): that’s the Sepic.

Before discussing the merits of the subject, we will carry out a brief overview of the kind of available regulators, that fall mainly into two categories:

They have been the first regulators, initially developed with discrete components (bipolar transistors) and substituted by specialized integrated circuits at a later stage. The linear regulators exist in the series and parallel configurations, even though the most used one is the first one. The most well known and used linear regulators series were the famous 78xx, with xx indicating the output voltage: for example, the 7805 regulator supplies a stabilized voltage of 5 volts. These components are still used, and from them almost all the modern linear voltage regulators come from; their configuration is that of the “series” regulator, so called because it is based on a transistor placed in series to the load, that makes the difference between the input and the output voltage drop on the transistor itself.

The voltage regulators of this kind are created in countless versions, that are differentiated both for the current they are capable of sustaining and, more recently, for the voltage drop between input and output: the so-called drop-out; the most appreciated ones are the LDO (Low Drop-Out) low-fall voltage regulators, that allow to obtain – as an example – the 5 volts starting from an input voltage of 6-6.5 volts only. The typical configuration of a series regulator is the one shown in figure, that reports about a canonical positive regulator (that is to say, for positive power sources, with respect to ground) with a NPN transistor (Q) that is configured as a common collector, polarized on the basis of the stabilized voltage by a Zener diode and that powers the load (R2, in the diagram) by means of the emitter. 
In this very simple diagram, the voltage is stabilized by the Zene DZ diode, while the Q transistor – in a configuration as an emitter-follower – works as a current amplifier, and supplies a voltage that is equal to the Zener’s one and diminished of its Vbe, and betters the voltage stability on the load (thanks to the fact that it may supply relatively high currents, with minimal voltage deviations).

The modern integrated regulators are much more complex than the diagram in figure and contain elements capable of improving the output voltage’s stability thanks to retroaction mechanism and other reasons; the principle remains however identical, and the same goes for the main flaw of this type: the whole output current required flows through the transistor, on whose ends the difference between the voltage found at the input and the output one must drop.

Let’s see the significance with a practical example: as an output we need a 5 V stabilized voltage and a 1 ampere current, starting from a 9 volt input voltage; in this case, 9-5=4 volts must drop on the transistor. Our transistor has to dissipate (as heat) a power that is equal to:

A power that cannot be neglected, considering that the power supplied as an output is 5Vx1A= 5 watt. As a rule, such a dissipation imposes the adoption of a heat sink for the transistor, which means that more space will be occupied on the printed circuit, that weight will be added and that we will have to pay the price of the heat sink. Not to mention the fact that the loss of power on the transistor worsens the regulator’s efficiency; in fact the efficiency (that is to say the ratio between the power supplied as an output and the one absorbed as an input) is equal to:

It is therefore already relatively low; the 45% of the available power is dissipated as heat.

Furthermore, if we wanted to power our circuit with a 12 volt voltage, and with still 5 volts as an output, we would have a drop on the transistor that is equal to 12-5=7 volt, and a consequent dissipation equal to:

that corresponds to an efficiency that is equal to:

Therefore, in addition to have to increase the size of the dissipator, we will see the efficiency decrease, with almost 60% of the power supplied that is wasted as heat.

Obviously, by further increasing the input voltage, things get worse; if we had (as in our case) to accept 24 volts as an input, we would have a drop on the transistor that is equal to 24-5=19 V, with a dissipation of 19 watts and an efficiency of barely 21%, therefore almost 80% of the energy available is wasted as heat (we will therefore obtain an excellent bench stove for the cold winter afternoons…).

From these considerations, it is possible to infer that even though the linear regulators are cheap, they are only suitable for small voltage differences between input and output; moreover, they cannot increase the input voltage but only reduce it, therefore it would be impossible to obtain 5 volts by means of a power supply from a 3-4 volt battery.

The linear regulators, even with so many disadvantages, have however a great quality: since they do not work in switching mode, they do not generate pulse or ripple disturbances: they are ideal, as previously said, for small signals amplifiers and for audio devices.