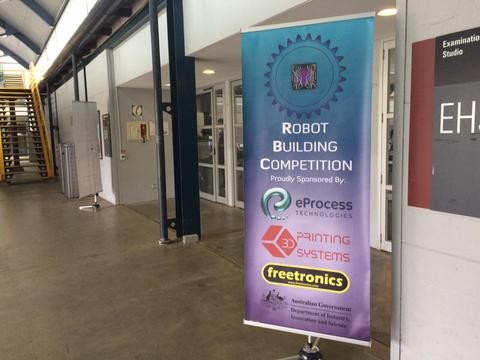 Freetronics was very proud to sponsor the 2016 Robot Building Competition at Monash University.

The competition, organised by the Society of Monash Electrical Engineers in collaboration with a number of other student clubs gave first and second year engineering students a unique opportunity to put what they have learnt during their studies to use in a practical setting. Prior to the competition weekend a number of tutorials were run which helped to develop competitors skills with Arduino and 3D printing, both of which were essential for the final competition. Additionally, our very own Jonathan Oxer was able to run a presentation for the students to provide them with a unique insight into real world projects in the electronics industry. 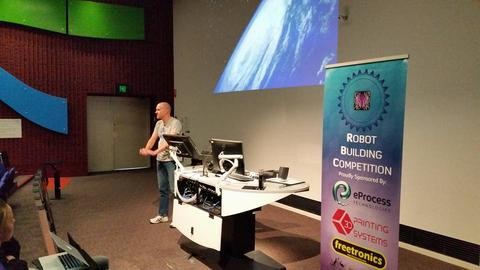 Once the competition weekend arrived, more than 150 competitors and volunteers descended on the Monash University electrical engineering labs and begun constructing and coding their robots. Working in teams of 4-6, the challenge was to build a robot which would follow a white line, stop at a number of randomly ordered coloured gates along the path, sense the colour of the gate and then transmit the corresponding code which which opened the gate. After passing through all of the gates the robot had to stop on a line of the same colour as the final gate. For first year engineering students who had never used an Arduino before this was quite a challenging task! 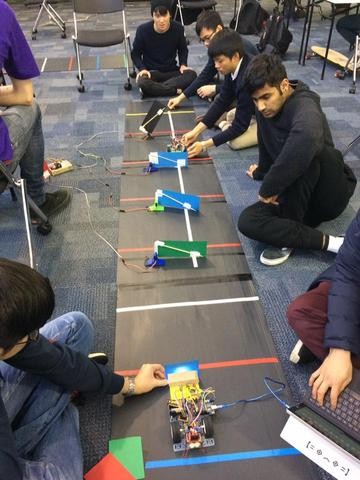 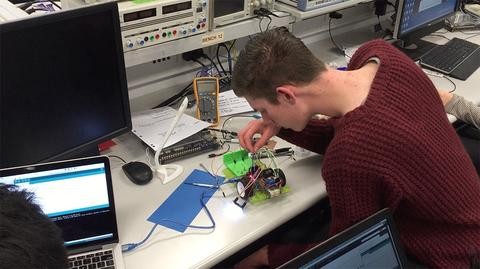 
At the end of the first day not a single team had come close to completing the challenge. However, with time quickly passing on the second day and the competition heats edging ever closer, teams slowly started testing and refining their designs. There were a number of substantial challenges that teams faced along the way including trying to calibrate colour sensors despite the ever changing ambient light! As 1pm arrived with teams still frantically performing final modifications, it was time for the competition to begin. 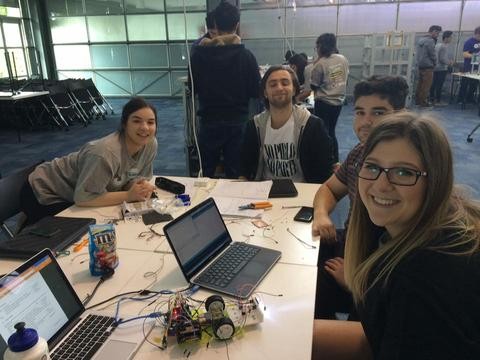 With many teams struggling to even come close to completing the challenge, by the end of the day it was very clear that there was only a handful of teams still vying for first place. It was decided that a grand final would separate the few remaining teams. So, after many test runs, disappointing failures and spectacular successes, the competition came to an end. It was time to present the prizes to the winning teams. Not only did the top four teams take home plenty of Freetronics loot, but the best looking robot also took out the “Freetronics Best Bling Award”. 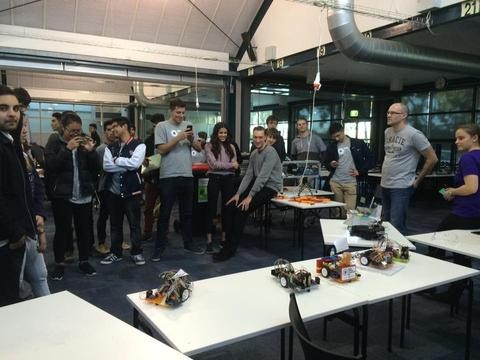 Thanks to the Society of Monash Electrical Engineers for organising such a fantastic event. It was awesome to see so many enthusiastic and passionate students developing their skills and having heaps of fun along the way. Here at Freetronics we can’t wait for the Robot Building Competition 2017! 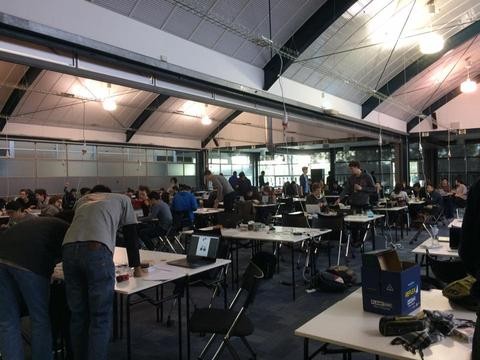