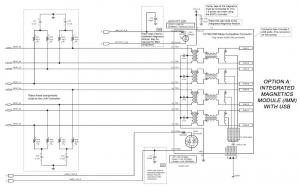 The 82571/82572 Gigabit Ethernet Controller with PCIe architecture is designed for high-performance and low-host-memory access latency. The device connects directly to a system Memory Control Hub (MCH) using either one or four PCIe Lanes.