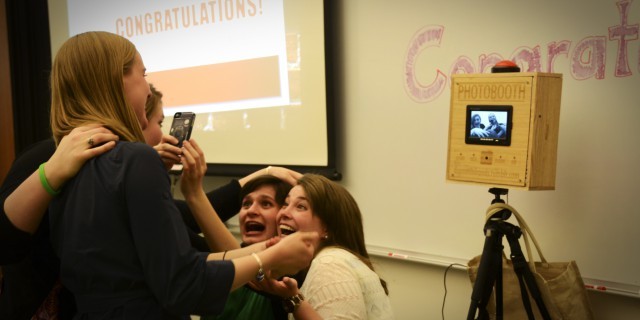 If you are looking for some super cool DIY projects using Raspberry Pi, you are in the right place. Am pretty sure that this cool Raspberry Pi Photo booth will make a great addition to your party. Before I proceed I want to convey my thanks to Chris Evans for permitting me to write on his behalf and share his work in our website. Here you can read the original project article from his site Drumminhands.

This Photo booth is not just meant for taking photos, its equipped with better features that makes them unique. This project uses a Camera module operated by Raspberry Pi to capture photos and then turn them into beautiful GIF images. And the coolest feature is it will automatically upload the converted GIF images into your Tumblr account with ease, sounds cool isn’t it.

This list includes all the basic parts apart from the enclosure.

Please note if you are using Raspberry Pi 3, the composite video is hidden in the TRRS audio adapter.

The listed parts can be used to give your Photo booth a professional finish. However using it totally up to you.

Here is the design of Photo booth which shows the connection of optional TTL: cable and Arcade button integrated with LED. Connect other LED’s similarly to the GPIO’s of the Pi (Omitted in the design).

SETTING UP THE PHOTO BOOTH: 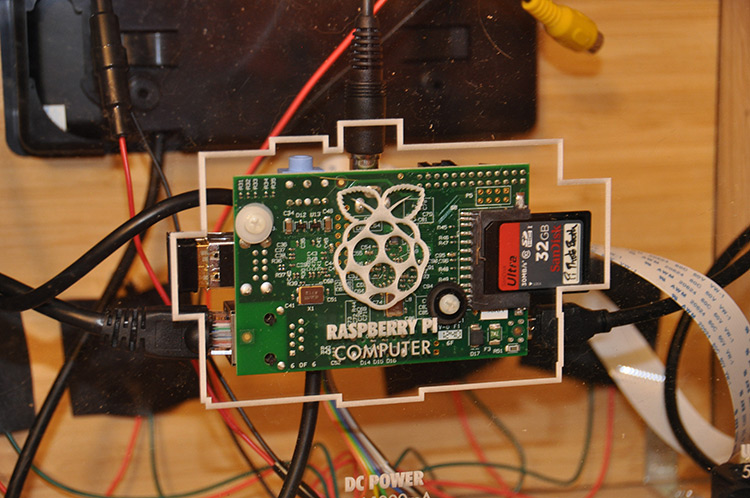 I decided to assemble all the necessary parts inside a wooden box. This will give a cool real Photo booth look to my project.  Affixing the Pi in a glass panel, I have affixed and connected other parts together and assembled them in side the wooden box. 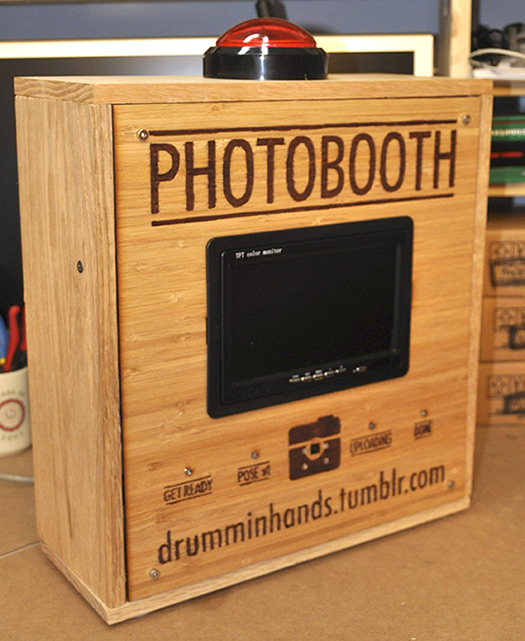 Mount the entire setup over a tripod and make sure it is stable. You can also use PA speaker mount for this which offers good level of stability. Also place it where the guests can pose for the photos with ease. Prepare a good lighting atmosphere for the guests.

SETTING UP THE RASPBERRY PI:


Also you may need to change other settings in this config file to get decent looking video on your screen. Here are the tweaks i have done in my config file.

Here is a nice tutorial on booting your Pi directly into a GUI desktop . Disable the screen saver by editing the GUI session autostart

And add the following in the autostart file : 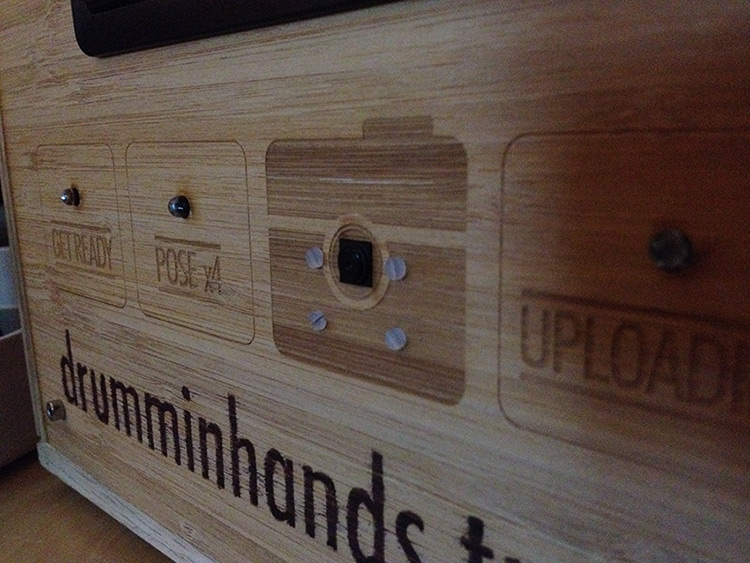 Plug the camera to the Raspberry Pi when it is turn off. Now boot it up and follow these instructions to for setting up initially. For the purpose of controlling camera using i have used PiCamera. You can install PiCamera from here.

This project uses GraphicsMagick to convert the images captured to animated Gif. Follow these installation instructions to get it installed in your Raspberry Pi. But the following should work fine as well

After successful installation get some images into your directory and test the functioning of GraphicsMagick using the following code.

Pytumblr and the Tumblr API are the two apps you need to upload the captured photos from Pi to internet. To get Pytumblr follow these steps

You can get the final code in GitHub. Few variables needed to be altered with your device information and so. Make the changes and save anywhere you want. I have placed the code in the folder named as

Now we need to get the code running on your Raspberry Pi once at the start up. Here is a nice tutorial that could guide you to do it.

We have reached the end of tutorial on building DIY Photo booth. Hope this article helped to build your Photo booth as well, do try this and post your outcomes. Now, Say cheese