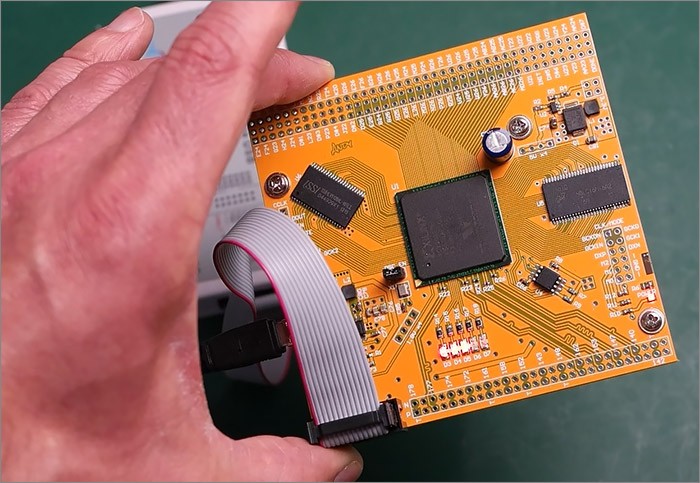 Let me see now, it must have been about two years ago when this story started. I was bored. I can’t remember why but when I’m bored I often surf ebay just to see what interesting bits and pieces are out there. Mostly it’s the same old stuff repeated over and over. Cheap bare PCB modules from the far east at the low end and chancers wanting $1000 for a broken oscilloscope at the other.

This time though I found something interesting. Someone in Sweden was selling a job lot of forty factory-sealed Virtex-E FPGAs for what amounted to two quid each. And they were big ones — the XCV600E-6FG676. ‘Virtex’ is Xilinx-speak for ‘expensive’, just look at the asking price for any of the current Virtex FPGAs to get an idea of the pricing and make sure you’re sitting down first. Now the Virtex-E is far from current, in fact Xilinx have marked it as obsolete but it’s still one big bad FPGA loaded to the gills with resources and now it seems that we hobbyists can get our hands on them.

Those are big specs for an FPGA but the drawback is the package. It’s a BGA. Probably the hardest package for a hobbyist to work with and this is a massive 676 ball version.

I didn’t have the tools to work with these things. I didn’t care. I bought them anyway.

Fast forward to today and all forty are still in their waffle tray in my parts drawer (sound familiar?). But now times have changed. I have a halogen reflow oven capable of near-perfect reflow profile tracking and the Chinese prototype PCB manufacturers can produce four layer boards with 6/6mil tolerance that can be pushed to 5/5mil. I think it’s time to see what I can do with these FPGAs. 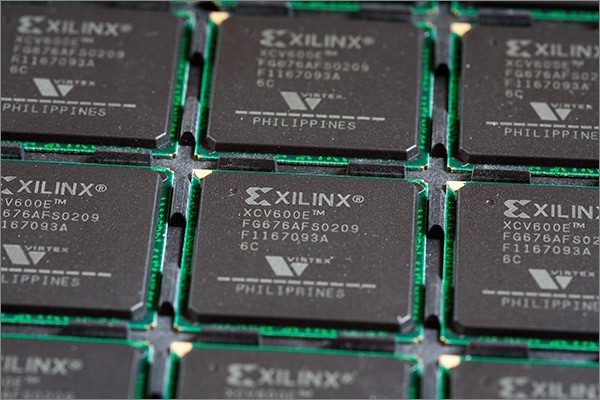 The general aim of this project will be to create a generic development board for the FPGA. This isn’t as simple as it is for a microcontroller because an FPGA can become pretty much anything you want it to be and the resulting support circuitry is always tailored to the desired use case. In my case I’ll narrow the field down a little by focussing on I/O and interfaces to external memory devices.

I’ll aim to break out as many of the single-ended and differential I/Os as possible and hope to provide connectivity to some SRAM, SDRAM and flash memory. With that in mind, I need to take a look at this package to see what I’m up against. 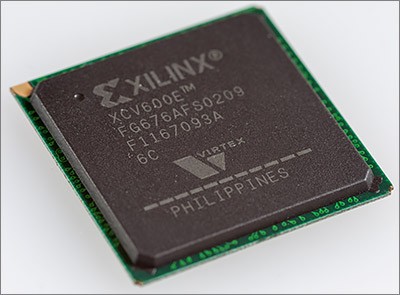 The Virtex-E is an early BGA design. You can see from the top view that the plastic package that holds the die is bonded to a PCB at the base — you can just see the green PCB surface peeking out from the edges. Let’s take a look at the bottom. 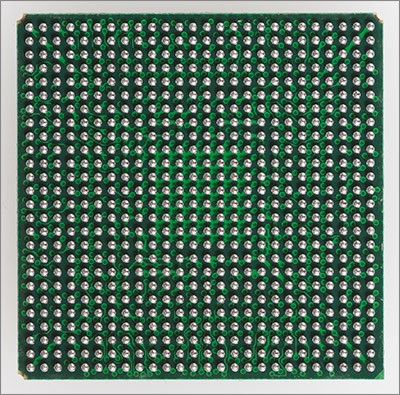 Quite the fascinating sight, that. 676 little solder balls arranged in a 1mm grid. Let’s take a closer look at the PCB that the balls are attached to. 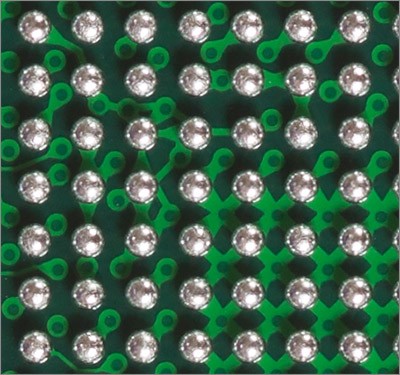 You can clearly see the fine traces that link the die to the ball pads on the PCB. The traces are terminated with teardrop shapes to give a more durable connection to the pads. Let’s look at the technical challenges involved with working with this package and see what I can do to mitigate them.