A Custom Enclosure for the Android Bluetooth Reflow Controller 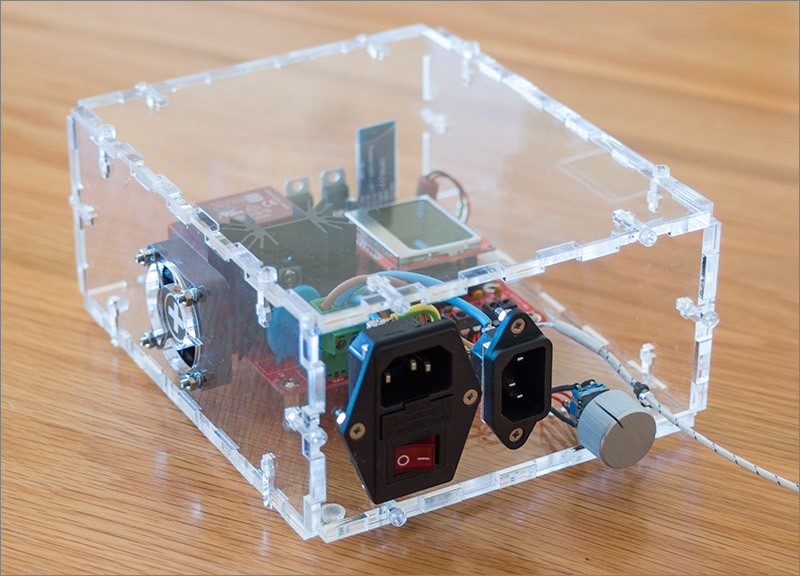 It’s a good nine or ten months now since I published my design for a reflow oven controller that uses an Android app for display and control. 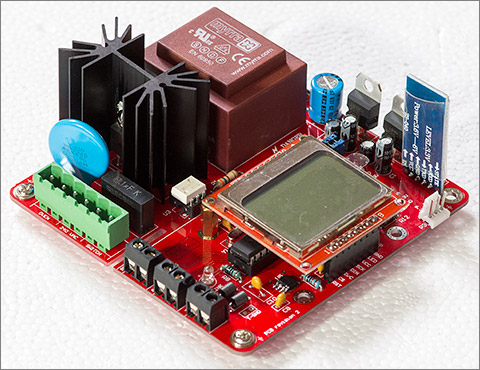 I knew at the time that I would need an enclosure for this controller and not just because of the obvious hazards of having exposed mains voltages but also because I want the board to be protected from gathering an accumulation of dust and crud over time.

The most obvious option is to buy a pre-formed ABS or aluminium project box on ebay and modify it with cut-outs to accomodate the fixtures and fittings that I’d need. This was the approach that I took with the first reflow controller that I built. 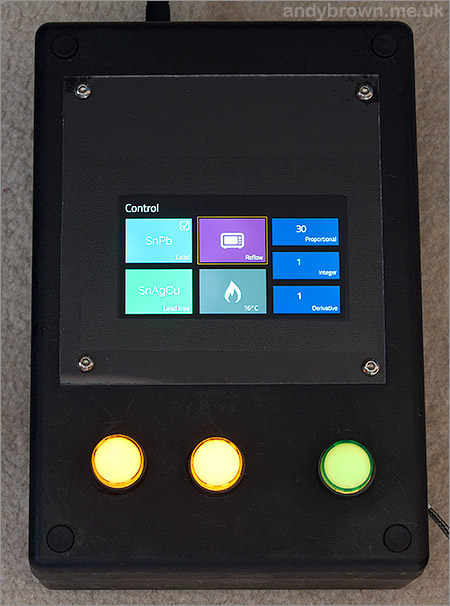 The photograph above flatters my workmanship perhaps more than it ought to. Some people are absolute wizards with power tools and can create the most beautiful designs starting from just a black plastic box. I’m not one of them and so my drill holes never seem to be where I mark them out to be and my cut-outs look like they’ve been hacked with a blunt knife after an evening down the dog and ferret. So a pre-formed case was out of the picture.


The next option, and the one I went for, was a laser-cut enclosure made for me by an online service to my specifications. All I needed to do was to provide a CAD design, upload it via the web, pay the fee and sit back and wait. Seems like a great idea to me and the rest of this article and the accompanying video will relate my experience as a total newbie to the whole maker scene.

Before choosing a software package you’ll need to check with your chosen online service to see which file formats they support. I chose Razorlab in the UK who claim to be powered by Ponoko which is an American company that I believe has operations in other parts of the world as well. Razorlab support the standard svg vector graphics format that can be produced by any vector drawing package.

I chose the free and open source Inkscape package to do the design. Inkscape has more than enough features to support this type of CAD project and has a standard Windows user interface that means everything behaves like you expect it so the learning curve is very short.

Original article by Andy Brown. All design files are available at his website here.