New IDE for all Arduino boards! 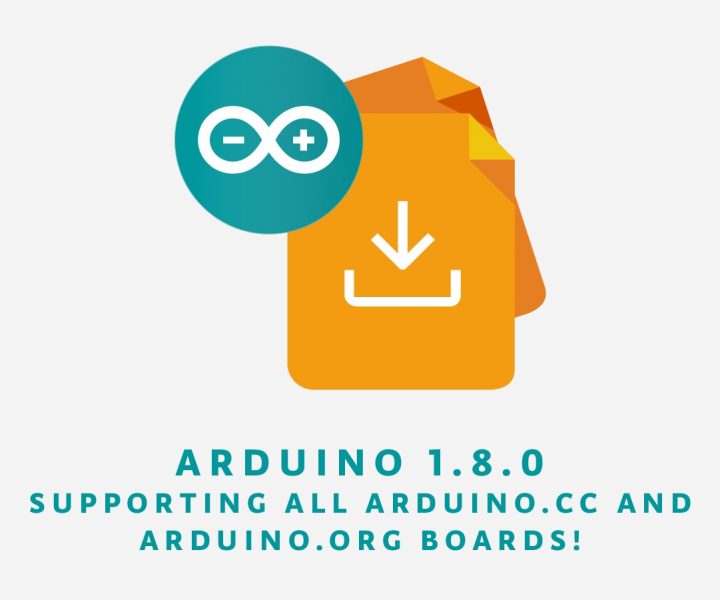 Following the announcement at this year’s World Maker Faire, we’re excited to reveal the release of Arduino IDE 1.8.0—the new official desktop editor for all Arduino boards, both .org and .cc alike.

This should come as great news to the entire Arduino community, representing a key milestone in our journey moving forward.

You will now be able to use the desktop IDE 1.8.0 when working with any Arduino board from .org or .cc family. The latest and greatest unified Arduino Software can be downloaded here.

Arduino IDE 1.8.0 works out of the box with AVR boards, like the Uno, Mega, Yun, and Micro, among the most popular. Additionally, it supports the Leonardo Ethernet, Yun Mini, Industrial 101, and Uno WiFi.


The updated SAMD core will provide support for the M0, M0 PRO, and Tian, completing the product line that includes the Zero, MKR1000, and the newly-launched Primo and MKRZero.

More tech notes: You can run the IDE on Linux directly in command line, no longer requiring the X11 display. Also on the Arduino Builder paths with strange UTF8 chars are now correctly handled.

Release after release, the community continues to play an integral role in our development. Be sure to check the entire revision log for a complete list of changes and credits. As always, don’t forget to report any issues you may find, either on the Arduino Forum or by writing to [email protected] and [email protected] Your help is very much appreciated. And while in the holiday giving spirit, please consider supporting the Arduino Software by contributing to its progress!

A special thanks to all developers and management team for their efforts in making this big step forward. Happy Holidays!