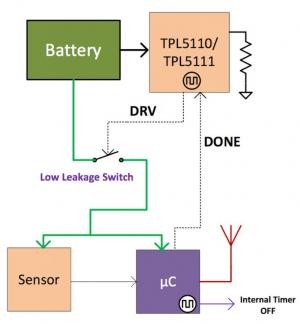 Reducing power and cost are often two of the most crucial factors when designing a battery-powered system. Reducing power consumption plays an in important role to extend system life by reducing overall system current. Hence, as a result, power reduction paves the way to cut down system cost by reducing the required battery capacity.


This concept readily applies to Internet of Things (IoT) systems and connected products such as wearables, wireless sensors and building automation systems. The life of the growing number of wireless sensor endnodes in the system all are constrained by one thing: power consumption of the end-node. Such sensor end nodes are typically powered by batteries, which last from several months to several years, depending on the power consumption of each end node. Here the “shelf-life” of a given sensor node is purely dependent on the lifetime of the battery. Though it is possible to simply replace the battery towards the end of the node’s life, it is not always practical to do so as the replacement itself can become an expensive total cost of ownership.