What is Zigbee Technology? Architecture, Topologies and Applications 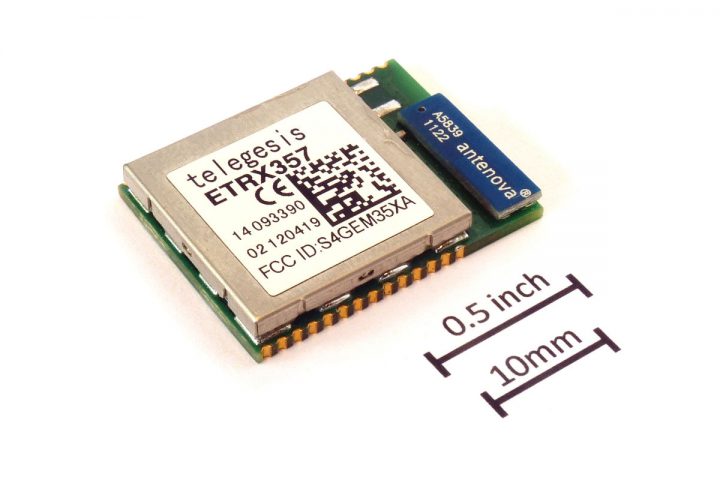 Wireless Technology and Networking Standards provide us with a very convenient way for information exchange. There is a vigorous development in the field of Wireless Communication Technology and you might have seen different technologies like WiFi, Bluetooth, Mobile Communications (Cellular Networks), RFID, NFC and WiMAX.

For example, other wireless technologies like WiFi and Bluetooth are striving to go faster, add more features, provide streaming of high definition content and run for hours. In contrast, the Zigbee Technology is designed for low data rates, fit into a tiny stack, controlling simple devices like LEDs or Thermostats and run for years.

WSN has few unique requirements like low power and low cost and Zigbee Technology achieves these requirements with the help of a constraint: Low Data Rate.

What is Zigbee Technology?

Zigbee Technology is a Wireless Communication Standard that defines a set of protocols for use in low data rate, short to medium range wireless networking devices like sensors and control networks.

The target of Zigbee Technology is low cost, low power, battery operated wireless sensors that do not need to constantly update its status and also allows sleep mode or low power mode for its electronics and radio.

Zigbee Technology is based on IEEE 802.15.4 Standard and the Zigbee devices operate in the unlicensed 2.4 GHz ISM Band (ISM – Industrial, Scientific and Medical).

Although 2.4 GHz band is commonly used worldwide for commercial Zigbee devices, there are devices that use a different set of frequency bands like 784 MHz, 868 MHz and 915 MHz in China, Europe and USA (and Australia) respectively.

Before digging deep in to Zigbee Technology, let us take a look at two application, where Zigbee can be used. One application is the in-home patient monitoring, where a patient wears a Zigbee device, which periodically collects the information like blood pressure and heart rate.

This data is then wirelessly transmitted to a local server in the patient’s home (local server – like a PC). The local server performs basic analysis and the vital information is sent to the Doctor over the internet.

Another application of Zigbee is the building’s structural health monitoring. This application is very useful in earthquake prone areas. Several Zigbee based wireless sensors like accelerometers are installed throughout the build.

These sensors, which form a wireless sensor network, collect information that can be used to detect signs of damage and evaluate whether the building is safe for public or not.

Why Low Data Rates in Zigbee?

When other wireless technologies like WiFi and Bluetooth are aiming to provide high speed data transfers, why the data rates are low in Zigbee standard? The answer is very simple.

The intention behind the development of Zigbee Technology is to use it in wireless monitor and control. The amount of information and the frequency of communication in such applications is very less.

Even though it is possible for an IEEE 802.15.4 network to achieve higher data rates, the Zigbee Technology, which is based on IEEE 802.15.4, is not designed to do so.

Zigbee, on the other hand, is a network protocol, designed developed and maintained solely by the Zigbee Alliance and uses the physical and MAC layers of IEEE 802.15.4. There are other networking protocols based on IEEE 802.15.4 like MiWi, SNAP, WirelessHART, etc.

The data rates of IEEE 802.11 can be as high as 11 Mbps and the typical application of this protocol is wireless internet connection. The range of IEEE 802.11b is up to 35meter indoors and about 100 meters outdoors.

The Bluetooth Technology is a very famous and one of the most commonly use wireless communication technologies. The popular application of Bluetooth is Wireless Headphones.

The data rates of Bluetooth are lower that IEEE 802.11 and are less that 3 Mbps. The indoor range of Bluetooth is less than 10 meters.

Coming to the Zigbee Technology, it has a data rate of 250 kbps, which is the lowest among the three and the typical range of Zigbee is between 10 meters and 100 meters.

The following image illustrates the Zigbee Stack Architecture. The PHY (Physical Layer) and MAC (Medium Access Layer) layers are defined by the IEEE 802.15.4 standard. On this foundation, the Zigbee Alliance provides the NWK (Network Layer) and the framework for application layer.

Application Support (APS) Sub-layer, Zigbee Device Objects (ZDO) and the application objects for manufacturers are all part of the Application Framework, which is under control of the Zigbee Alliance. 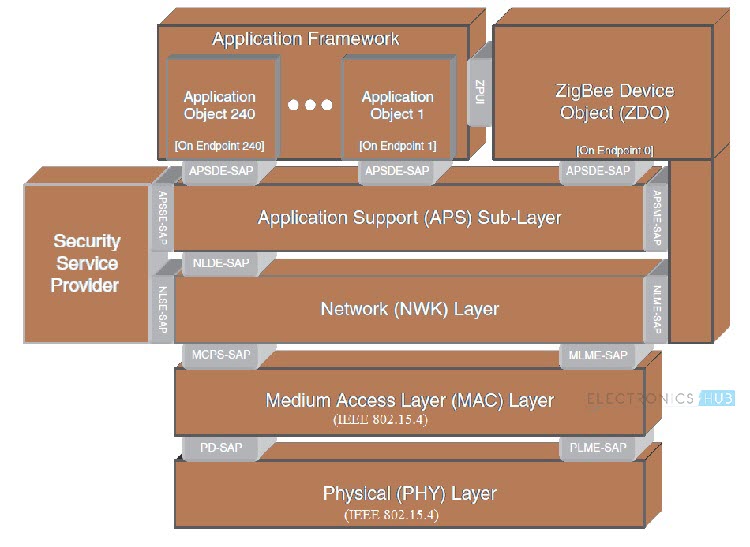 Between the layers of the Zigbee Stack, there are Service Access Points (SAPs), which isolates the working of a layer from the layers above and below it. We will now see about the layers in the Zigbee Architecture.

As mentioned earlier, the lowest two layers i.e. the PHY and the MAC are defined by the IEEE 802.15.4 Specification. The PHY layer is closest to the hardware and it directly controls and communicates with the Zigbee radio. The PHY layer translates the data packets in to over-the-air bits for transmission and vice-versa during reception.

The MAC layer is responsible for interface between PHY and NWK layers. The MAC Layer is also responsible for providing PAN ID and also network discovery through beacon requests.

The Network Layer (NWK) acts as an interface between MAC Layer and the Application Layer. It is also responsible for mesh networking (network formation and routing). In addition to the above tasks, the NWK Layer provides security to the Zigbee Networks i.e. the entire data in the NWK Frame is encrypted.

The Application Layer in the Zigbee Stack is the highest protocol layer and it consists of Application Support (APS) sub-layer and Zigbee Device Object (ZDO). It contains the manufacturer defined applications. The APS Sub-layer is responsible for discovery and binding services.

An RFD Device, as the name suggests, has limited capabilities. The number tasks performed by an RFD Devices are limited.

A Coordinator is capable of relaying messages, a PAN Coordinator is the main controller in a Personal Area Network (PAN) and if the device is not a coordinator, then it is simply called as Device.

Based on the concept of FFD and RFD devices and Coordinator, PAN Coordinator and Device in the IEEE 802.15.4 Specification, the Zigbee Standard has created three Zigbee Protocol Devices. They are

A Zigbee Coordinator is a PAN Coordinator in the IEEE 802.15.4 Network (an FFD Device) and it is responsible for forming the network. After establishing the network, it allocates network address for the devices that are allowed to join the network. It also routes the messages between the end devices.

A Zigbee Router is an IEEE 802.15.4 Coordinator (an FFD Device) and is enables the range of the Zigbee Network. With the help of a Zigbee Router, more devices can be added to the network. A Zigbee Router can sometimes act as a Zigbee End Device. 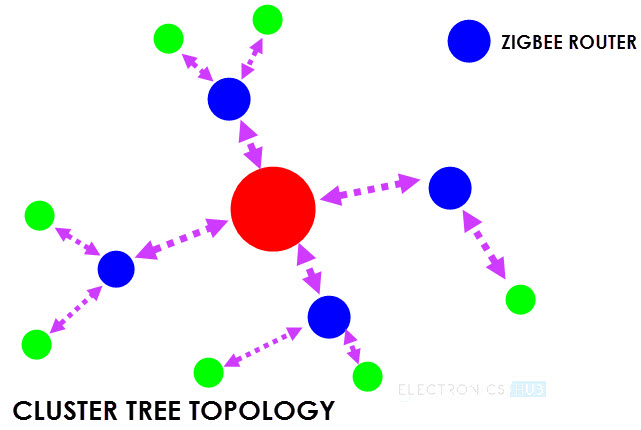 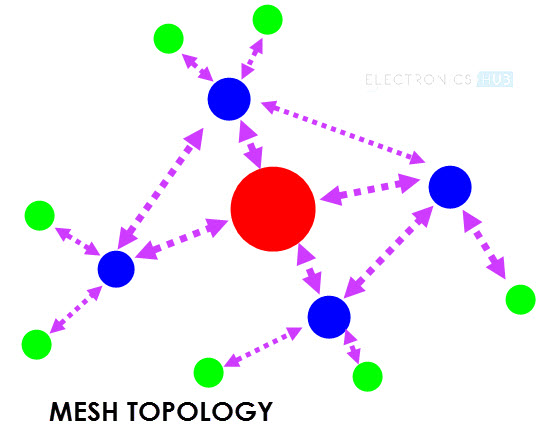 Zigbee Networking and Zigbee Technology has a wide range of application like Home Automation, Healthcare and Material Tracking. Let us see few Applications of Zigbee Technology, where Zigbee Devices can increase efficiency and reduce cost.

The post What is Zigbee Technology? Architecture, Topologies and Applications appeared first on Electronics Hub.