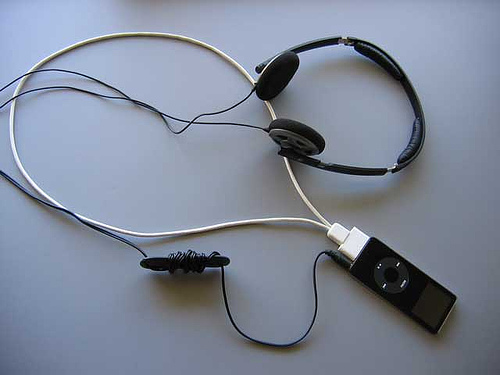 Could you make a good-looking iPod nano lanyard out of an old iPod firewire sync cable?

A few moments later, I had my answer. Yes! The nano snaps into the dock cable with an audible click, and you have to squeeze both sides of the connector to release it. It seems highly unlikely that it would ever come off accidentally, as the nano is very securely attached to the connector. Now the next question: Could I make a good-looking iPod nano lanyard out of an old iPod firewire sync cable? Read on and see!


I assembled my tools: wire cutters, Krazy Glue, and a pen. (I ended up replacing the Krazy Glue with a hot glue gun, more on that later.)

BEFORE YOU CUT: Measure the cable to a comfortable length around your neck and mark it. Make sure that at the length of cable you’re going to use that you can actually remove the assembly from your head. Remember, the final assembly won’t stretch! Ready? Cut the cable (away from the dock connector) carefully with the wire cutters.

I did some experimenting, and it looked like the two cables glued together was going to look really awful. I looked around for something that would act as a cover for the cable connectors. Looking at the leftover firewire pigtail, I noticed the connector cover. Would it come off? Yes! With just a little wiggling I removed the connector cap. It’s a bit wider than the dock connector, but I thought the wider part would be invisible on the other side of the assembly. So, I put it all together and took a look, it seemed like everything was going to come together just fine.