How to make a webcam work in infra red 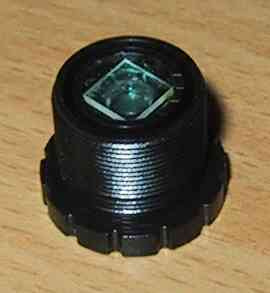 The camera use for this experiment was a Sweex USB Webcam this camera was chosen for it’s price and availability. As an added bonus, but nothing to do with this project, this camera works fine under Linux with a 2.6 Kernel (I’m using 2.6.8) using the sonixcam driver.

Remove the crappy plastic stand. – try not to lose the little rubber bits from the holes in the camera sides. I think they are supposed to stop it from tilting upwards under the weight of the wire. Shame they don’t work really.

Remove the screws. If your chosen victim webcam is held together in some other way you’ll have to figure it out yourself.

Step 4 (Kind of Sweex Specific)
If the Lens will not unscrew without removing the PCB (Like on the Sweex) then remove the PCB. It probably only slides in anyway.

Unscrew the lens assembly from it’s holder. The focus on most webcams is achieved using the screw thread that is also used to hold the lens in. Turning it enough times will unscrew it completely. All camera’s I’ve ever met won’t let you do this without opening the case. The bit that comes out of the sweex looks like this.

Step 6 (Doesn’t appear to be Sweex specific)
Looking at the lens assembly in the picture you can see a small square of glass stuck in the back. Though it appears clear in the picture above, it has a red tint to the eye as shown here.

I’ve looked in a Creative camera and seen the same thing there but theirs is round. This piece of glass is the Infra Red Filter. It stops IR light getting through to the sensor. For our purpose this is bad so remove this piece of glass. Removing a square one like the Sweex is easy but I suspect the creative round one is harder.

Mitch White has this to say on the Alaris weeCam …the filter is actually “painted” on one of the lenses. At first I thought I wouldn’t be able to remove the filter, but I tried scratching at it with my fingernail, and it started to come off! So, after scratching off all the redish stuff, I reassembled the camera and it works perfectly!