Set up a portable XM Radio in your house 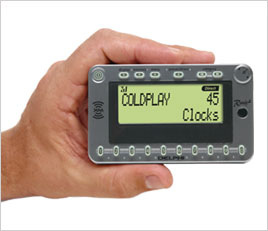 This install cost nothing to me (because I had the parts already) other than the subscription fee. Now if you use new parts you can do this for under $30. Not to mention I can still move it back and forth from my car because (aside of one mount) I never used the stuff that came with it aside from the antenna. I’ll just get another antenna to mount in my car permanently.
This weekend I was bored and needed to do something. I had purchased a Roady2 XM Reciever for a exgirlfriend but broke up with her before giving it to her. Seemed like a shame to let it go to waste, and I had been curious about satellite radio for a while.


Examining the package, it was a standard car install kit. Including the receiver, the antenna, 2 types of mounts (vent and pedestal), a tape adapter, dc power supply (cig lighter), and a few colored faceplate accents. Standard fare really. Useful for a car install but useless for a house install.

After checking prices online for the home kit, I was surprised to find that it cost around $40. Way to much for essentially an adapter kit. I mean really, I only paid $29 for the radio itself. I knew there was a cheaper way. First to assemble the parts.