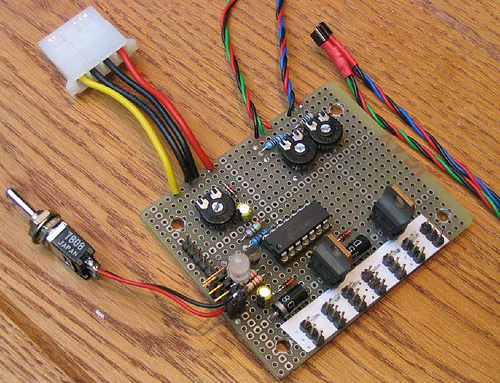 This proto implementation has components installed for two sensors, controlling two groups of fans. The switch is just for safety backup: if something would break or not function as intended the switch provides full fan speed independent of other circuit operation.
After some bad experiences with commercial fan speed controllers in the PCs in my home, I decided it would be easy to build a better one myself. Indeed, after a few evenings, I obtained these results….