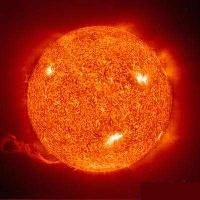 ZPE is the energy that exists as particle antiparticle pairs or scalar waves, throughout the vacuum of space. It is often refereed to as a foam of sub-atomic particles popping in and out of existence.This energy has a high entropy disorder which is what prevents it from being made useful by conventional means.
Vacuum energy has a number of consequences. For one, vacuum fluctuations are always created as particle/antiparticle pairs. The creation of these “virtual particles” near the event horizon of a black hole has been hypothesized by physicist Stephen Hawking to be a mechanism for the eventual “evaporation” of black holes. The net energy of the universe remains zero so long as the particle pairs annihilate each other within Planck time. If one of the pair is pulled into the black hole before this, then the other particle becomes “real” and energy/mass is essentially radiated into space from the black hole. This loss is cumulative and could result in the black hole’s disappearance over time. The time required is dependent on the mass of the black hole, but could be on the order of 10100 years for large solar-mass black holes

In cosmology, the zero-point energy offers an intriguing possibility for explaining the speculative positive values of the proposed cosmological constant. In brief, if the energy is “really there”, then it should exert a gravitational force. In general relativity, mass and energy are equivalent; either produce a gravitational field


One obvious difficulty with this association is that the zero-point energy of the vacuum is absurdly large. Naively, it is infinite, but one must argue that new physics takes over at the Planck scale, and so its growth is cut off at that point. Even so, what remains is so large that it would visibly bend space, and thus, there seems to be a contradiction. There is no easy way out, and reconciling the seemingly huge zero-point energy of space with the observed zero or small cosmological constant has become one of the important problems in theoretical physics, and has become a criterion by which to judge a candidate Theory of Everything.